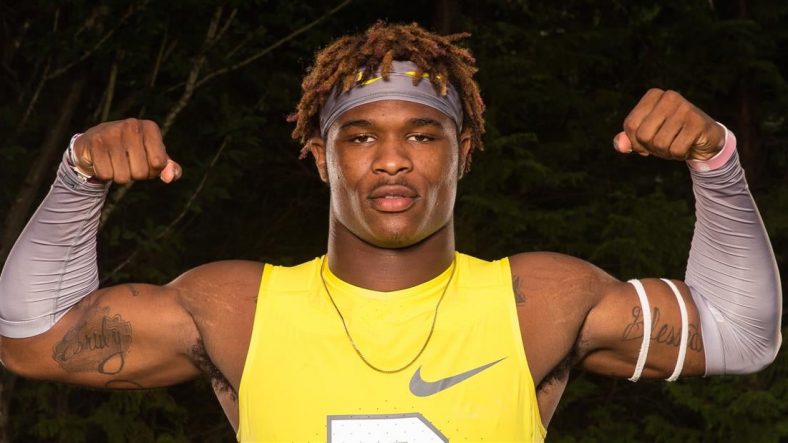 For a linebacker crew that has struggled at times in West Virginia’s first four games, particularly against dual threat quarterbacks, the much-anticipated return of VanDarius Cowan couldn’t come at a better time!

If you aren’t familiar with Cowan yet, you will be soon.

Quick introduction:  The 6’4 240 pound Redshirt Sophomore transferred to WVU from Alabama over the summer.  Cowan was a 5 star prospect and the 35th overall ranked player in the 2017 class according to Scout.  During his Freshman year at Alabama, Cowan played in seven games and showed tremendous promise for the Crimson Tide.  However, his time in Tuscaloosa was cut short when he was dismissed from the team by Nick Saban for a violation of team rules.  He was charged with a misdemeanor assault after he was involved in a fight at a bar in Tuscaloosa.

Saban released a statement following his dismissal:  “VanDarius has been dismissed from the team and is no longer a part of our football program due to a violation of team rules.  Each of us has a responsibility to represent The University of Alabama in a first-class way, and failure to meet those standards can’t be tolerated. We wish VanDarius the very best in the future.

Cowan then sat out the 2018 season to satisfy NCAA transfer eligibility requirements and decided to transfer to WVU this past summer.

Now to the present:  Cowan struggled with academic eligibility issues and was forced to miss the first four games of the season, but will be eligible to play in West Virginia’s next game on October 5th against the Texas Longhorns.

Following the spring game, inside linebackers coach Blake Seiler was excited about Cowan’s potential, saying, ““He made a big chunk of plays in the scrimmage. You’re pretty encouraged, because he’s not playing as fast as he can, because he was thinking a lot and trying to pick up the scheme. You grade the tape and you can tell he’s not even close to full-speed, because he’s only been playing the position for a couple days.  He can do some things that other guys can’t because of his length and speed.  He does have some natural pass-rush ability with his ability to bend and use his hands.”

VanDarius Cowan is a human missile and is ready to be unleashed on opposing defenses as a pass rushing specialist.  While Texas quarterback Sam Ehlinger isn’t a prototypical dual threat quarterback, he is very capable of getting out of the pocket and creating plays on the ground.  West Virginia has struggled to contain mobile quarterbacks early in the season during the absence of its fastest, most athletic linebacker.

He’s baaaaaaaaack and it couldn’t come at a better time!