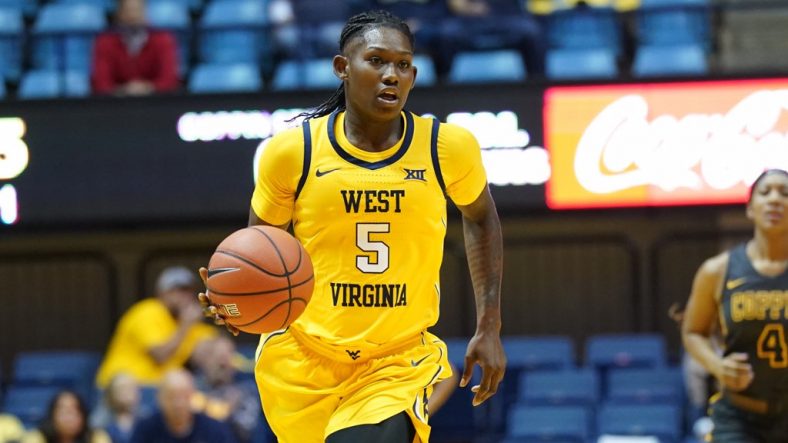 Tynice Martin,the 5’11 Redshirt Senior Guard from Atlanta, GA, was absolutely sensational for the West Virginia Women’s Basketball team last year.  She averaged 17.4 points, 5.9 rebounds and 1.9 assists per game.  She also shot 84% from the foul line and 42% from 3 point range.

Tynice Martin, who gave up an opportunity to be drafted in the WNBA to return for her Senior season following a disappointing 56-54 NIT loss against Northwestern, has been suspended indefinitely by West Virginia University.  Although specific details were not given, WVU released the following statement:

During Martin’s announcement that she would return for her Senior season, she boldly claimed that she wanted to be considered “one of the best players to ever play at West Virginia University.”  This was an attainable goal, but this indefinite suspension will certainly hurt her chances.  The West Virginia women’s team travel to Italy and Greece to play in three exhibition games beginning Aug. 7 and Martin did not make the trip.