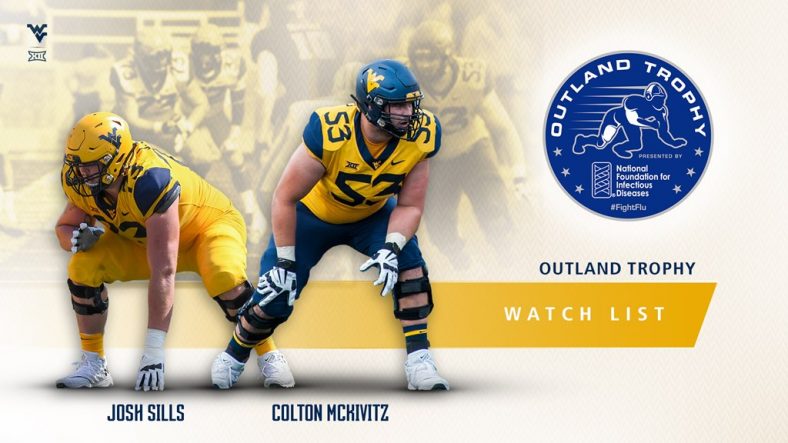 West Virginia had two offensive lineman named to the Outland Trophy Watch List. This was announced today by the Football Writers Association of America.

McKivitz was already named a 2019 preseason All-Big 12 selection. He has already started 35 games for WVU and played in 38 games total. Colton was twice selected as an All-Big 12 Honorable Mention.

Colton McKivitz is ready to hold it down on the West Virginia offensive line once more this year. pic.twitter.com/uQtCiJgV7z

Sills was named to the 2018 All-Big 12 Second Team. He has started the last two seasons at guard, starting 22 games and playing in 25.

I would like to point everyone who can see this tweet to #WVU offensive lineman Josh Sills' new head shot for 2019. pic.twitter.com/mI6vVGiHjX

Coach Neal Brown commented on McKivitz and Sills taking on their new roles as leaders on the offensive line:

Josh Sills and Colton McKivitz are taking new roles as leaders on the o-line. How's it working for them, Coach? pic.twitter.com/pqnntYiOV9