Two Former Mountaineers Team Up to Shut Down the Broncos 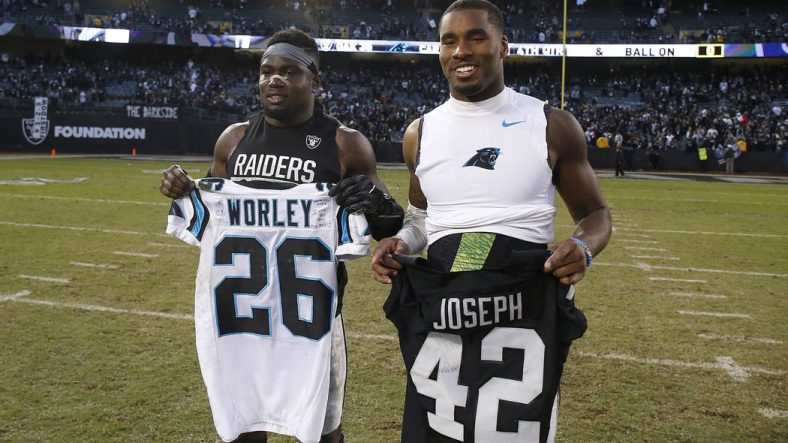 Karl Joseph and Daryl Worley did their part in holding the Denver Broncos offense to just six points through three quarters. Joe Flacco was able to get on track in the fourth quarter, but it was too late as the Raiders had already established a two touchdown lead.

Joseph led the team in tackles with seven, including a tackle for loss.

The two former Mountaineers were among the leaders in snaps among the players on the Raiders defense.

Jonathan Abram kinda disappointing at 77%. Karl Joseph and Lamarcus Joyner both over 80% at safety.

Mountaineer fans were fired up to see the two team up again.

Watching Karl Joseph and Daryl Worley on the field together again. #WVU #dawgs

More Stories on WVU Players in the NFL

It’s good to see these two Mountaineer greats uniting and helping their team get a win.