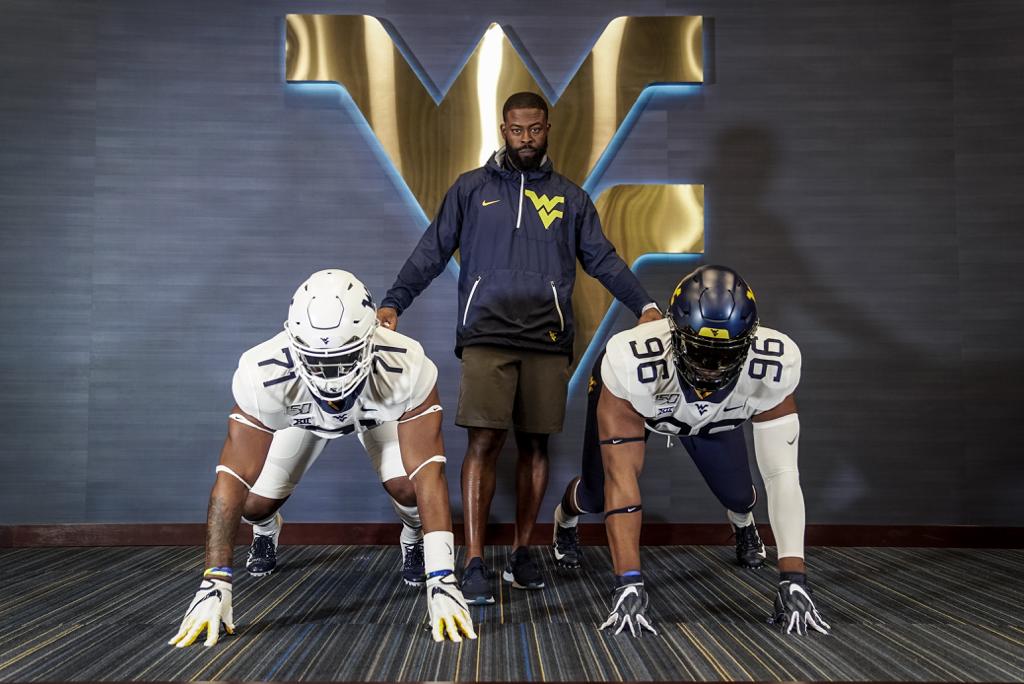 Jeffrey M’Ba, the 4 star former Virginia commit, has officially de-committed from Virginia and has re-opened his recruitment.  As predicted…IT’s HAPPENING!

The dominoes are about to fall, the guillotine is about to drop in Morgantown.  Two four star defensive lineman are on the verge of making a decision that could impact West Virginia’s defense for years.  Jeffrey M’Ba, the 6’6 315 pound defensive tackle and Virginia commit, and Kevin Kalonji, the 6’4 313 pound defensive lineman from Washington, D.C. visited campus this weekend and all signs point to them ultimately teaming up to play for the Mountaineers.

Since their visit this past weekend to WVU, both have been active on Twitter and their words speak for themselves.  In response to Kevin Kalonji’s message, M’Ba replied, “We gonna dominate.”

In addition to their visit this past weekend, M’Ba and Kalonji have spent time together training at “The Grind”, a state of the art strength and conditioning facility in Sterling, Virginia.

M’Ba and Kalonji are talented, massive, hungry defensive lineman that clearly want to play together and they both love West Virginia.  Landing both would be a huge coup for Neal Brown and lead recruiter Jahmile Addae.