Tshiebwe and McBride to Play in State Championship Games Tonight 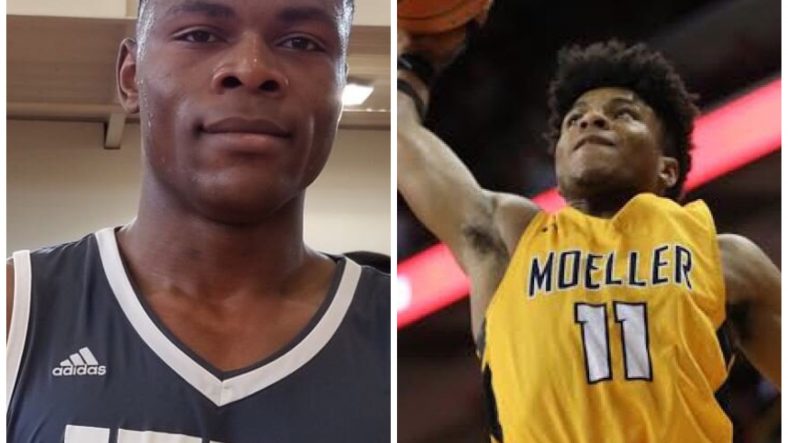 The two incoming Freshman in the WVU basketball recruiting class, Oscar Tshiebwe and Miles McBride, will both play in a state championship game tonight.  Oscar Tshiebwe of Kennedy Catholic will play in the Pennsylvania 6A Championship against Pennridge.  Miles McBride of Archbishop Moeller will play in the Ohio D1 championship against St. Vincent St. Mary’s, LeBron James’ former high school team.

Oscar Tshiebwe, the top-rated player in the state of  Pennsylvania and McDonald’s All-American, dominated in the PIAA Class 6A Quarterfinal, scoring 25 points, pulling down 18 rebounds and blocking 2 shots as Kennedy Catholic defeated WPIAL champion Mt. Lebanon 68-51.  “They’re completely different with him,” Mt. Lebanon coach Joe David said. “Take him away, maybe we can beat them.  You’ll see him someday probably playing on an NBA team,” David said to a couple reporters. “Are you a financial advisor? If you are, I’d probably get to him because he’s going to probably be making some pretty good money.”  Kennedy Catholic also has two other Division I recruits in its lineup (Maceo Austin, Duquesne and Mattia Acunzo, Toledo) and are a huge favorite to beat Pennridge High in the state finals.  Following the game, Oscar decided to wear a big green Leprechaun hat while hanging out with WVU assistant coach Ron Everhart:

He’s certainly not Oscar the Grouch. Oscar Tshiebwe is Oscar the Lighthearted One with the big hat after today’s PIAA game. It’s Oscar and West Virginia assistant Ron Everhart. pic.twitter.com/jgZMlCJDIJ

Miles McBride led his Moeller team to the state championship with a 72-52 win over Lakewood St. Edward.  Moeller (28-0) won its 48th consecutive game and is 83-4 since the 2016-17 season.  McBride finished with 13 points on 5-5 shooting, adding 5 rebounds and 3 assists.  The Crusaders will play Akron St. Vincent-St. Mary (24-3) in the state final at 8:30 p.m. Saturday. Moeller defeated visiting St. Vincent-St. Mary 99-62 Dec. 8.  “I think our preparation is going to be the same as every game.  Miles McBride said. “We are going to go as hard as we can in the film room and as hard as we can in warm-ups and play the game.” Moeller is a big favorite to continue its winning steak and win the state championship tonight.

Both incoming Freshman are not only extremely talented, they are likely future state champions and real winners. Tshiebwe and McBride are tough, physical leaders that could see significant playing time next year.  Stay tuned for results of both games right here at mountaineersports.com.