Trevor Kiess Ends His Run as the Mountaineer Perfectly: By Firing the Musket After a Win Over Pitt 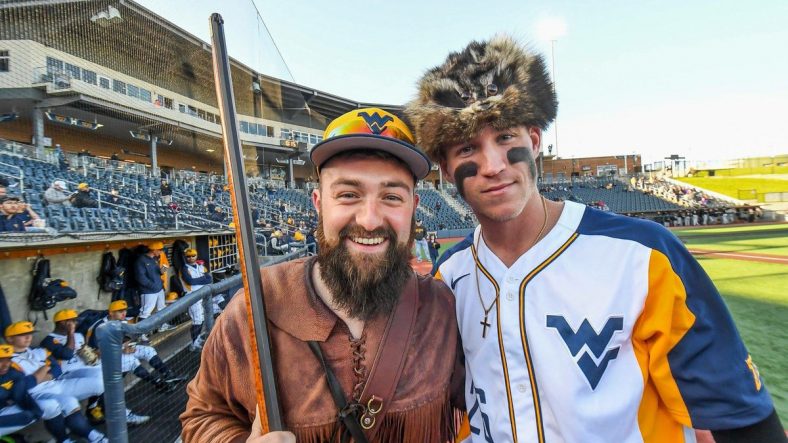 From day one Trevor Kiess has taken pride in being the Mountaineer mascot. The Elkins-native wore the buckskins and fired the rifle one last time when the Mountaineers defeated Pitt in baseball Wednesday night.

After the game, during an emotional interview, Kiess said, “Serving as the Mountaineer has been the greatest honor of my entire life.”

"Serving as the Mountaineer has been the greatest honor of my entire life." pic.twitter.com/SbHaEI3Snq

Trevor was gracious enough to give us some time during an interview. It’s definitely worth checking out as it gives a closer look at what it means to be the Mountaineer.

Kiess is out there representing the university, the Mountaineer sports teams and also himself. He’s not wearing a mask like the other mascots. As the Mountaineer mascot he has “put his name on it” and done a great job in doing so. He doesn’t hide behind a mask.

On April 11th, Trevor hands over the rifle. As the 65th Mountaineer in WVU history, he has enjoyed the experience and we’ve enjoyed it with him. Thank you for leading us fans and letting us appreciate the experience with you.

Trevor will pass on the musket to Timmy Eads next week. pic.twitter.com/qSHwXzqpUR