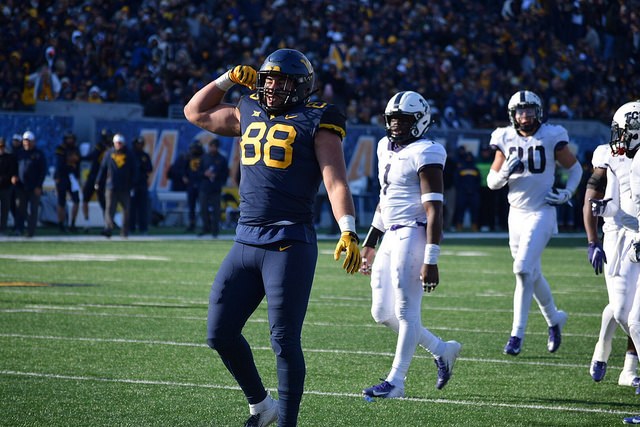 Trevon Wesco to the Jets in the 4th Round with the No. 121 Overall Selection

Trevon Wesco to the Jets in the 4th Round with the No. 121 Overall Selection

Mountaineer tight end Trevon Wesco was selected by the New York Jets in the 4th round of the 2019 NFL Draft. He flew up the board after being projected as a seventh rounder very recently. NFL scouts were unable to ignore the Martinsville native’s skill set consisting of great hands and essentially being a sixth lineman on the field when it’s time to run the ball.

Brian Baldinger of NFL Network had some high praise for Wesco. He referred to him as “BabyGronk” and said that as a result of this selection the Adam Gase Playbook has expanded by 25%.

Hopefully Wesco takes his signature flex move with him to the Jets. Good luck Trevon, it’s good to see your hard work pay off.

Yodny Cajuste taken by the New England Patriots with the 101st Pick in the NFL Draft
David Long Jr. Drafted by the Tennessee Titans in the 6th Round, No. 188 Overall