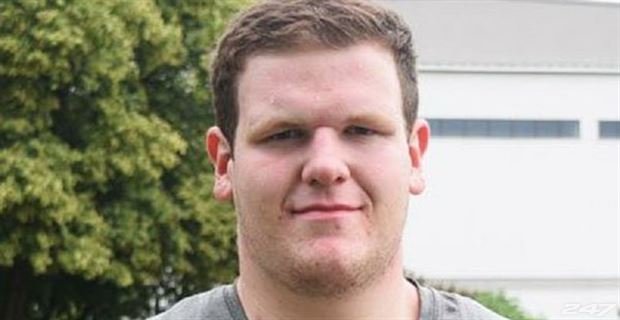 Chalk up a big commitment today for the Mountaineers. Top OL recruit Blaine Scott of Portsmouth (OH) Sciotoville committed to WVU. The Mountaineers had Scott along with Oyenmwen Uzebu at the top of their offensive line wish list. Fortunately the Mounties were able to come away with both.

New #WVU OL commit Blaine Scott has had his mind made up for a while it was all about timing. He found it Thursday – https://t.co/7RjSGUSUeF pic.twitter.com/FYRlU025Xb

Originally Scott committed to Ole Miss before receiving an offer from West Virginia near the end of the summer. The next day he immediately visited and followed that up by decommitting from Ole Miss a few days later. Scott visited Morgantown for the home opener against East Carolina and also returned for the game against Delaware State.

“The passion the West Virginia have for their team is just awesome,” Scott told Bill Greene of 247 Sports after the first game visit. “It was wonderful.”

Scott was ranked as the No. 20 offensive guard by 247Sports Composite. Along with West Virginia and Ole Miss, Scott also received offers from Miami, Penn State, Arkansas along with more than two dozen other schools. So far he is the Mountaineers 19th commitment for the 2018 class.