Top 10 Most Watched College Football Games Of 2017 So Far 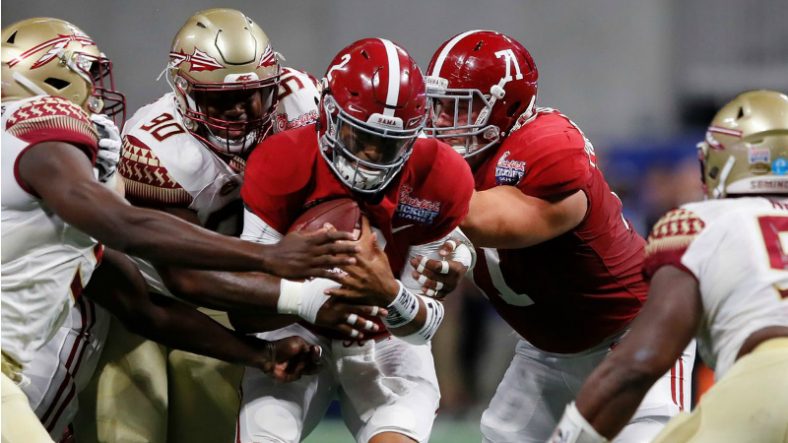 With the front end of the 2017 schedule loaded with so many showdowns, you might not think WVU-Va Tech made the top 10 most watched college football games of the season through week 2. You’d be wrong in thinking so.

It probably comes as no surprise that Florida State vs Alabama was rated #1. They led by a substantial margin with over 12 million viewers.

It’s impressive that Ohio State vs Indiana comes in at #5 when you consider what a non-factor Indiana is in college football. The viewership was definitely aided by being on a Thursday night. It also speaks to the fanbase of Ohio that after two weeks the 2nd and 5th most watched games of 2017 both involved Ohio State.

College football is a lot more exciting when teams are willing to take on huge risks on the front end of their schedule in out-of-conference matchups.

How about last year. What kind of viewership did the most watched games get? It should come as no surprise that the battle for the national championship between Alabama and Clemson was the leader. It pulled in 25.3 million viewers.

As far as 2016 regular season games go, Michigan vs Ohio State had the most viewers. 16.8 million viewers tuned in for “The Game.” It was the fifth most watched regular season game in the last 25 years of college football. “The Game” even gives NFL primetime games a run for their money. It had more viewers than 25 2016 primetime NFL contests.