Tony Gibson’s Weak Defense is Just What the Doctor Ordered for WVU! 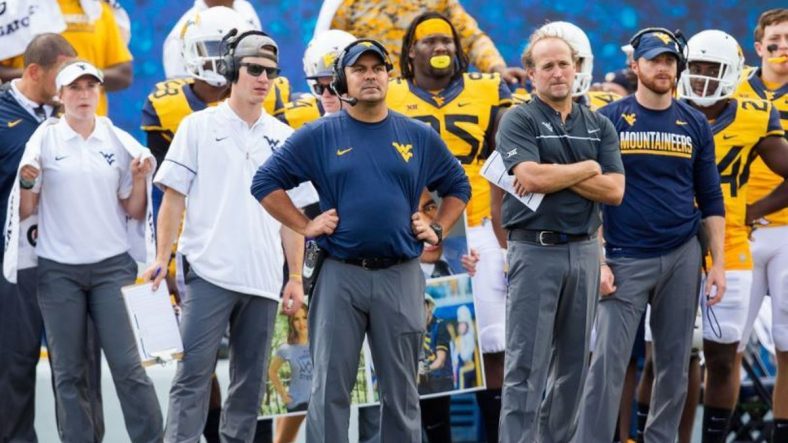 How many times can you remember watching West Virginia’s 3-3-5 defense led by former Defensive Coordinator Tony Gibson in absolute horror, knowing that the Mountaineers would not be able to stop anyone in the Big 12 consistently?  Gibson’s 3-3-5 stack defense was a nightmare, something that West Virginia football fans dreaded and never fully understood.

If an opposing team needed a big first down, they always seemed to get it.  At no point did the defense elicit confidence; although Gibson was a proud West Virginian, he was not a great defensive coordinator and his defense was/is fundamentally flawed.

Now, as West Virginia prepares to play against the 3-3-5 defense of Tony Gibson, I’ve never been more excited.  This is a real opportunity for the WVU offense and its running game in particular to finally break out in a big way.

NC State is currently the 5th ranked defense in the country, allowing only 187.5 yards per game, but it’s important to remember that historically Tony Gibson-led defenses have been bad.  Dating back to 2014 when Gibson took over, West Virginia’s defense ranked 68th, 60th, 73rd, 107th and 74th nationally during his tenure.

NC State has outscored its two opponents 75-6 so far this season.  However, they’ve played against East Carolina and Western Carolina. in their first two games in 2019.  West Virginia has struggled to execute offensively, but the Mountaineers have the explosive talent that is very capable of breaking out in a big way.

Although NC State has been one of the very best defenses statistically this year, there’s no other defense I’d rather see roll into Morgantown than the 3-3-5 led by West Virginia native Tony Gibson.  If there’s any defense that the Mountaineers can turn their season around on, it’s this one.