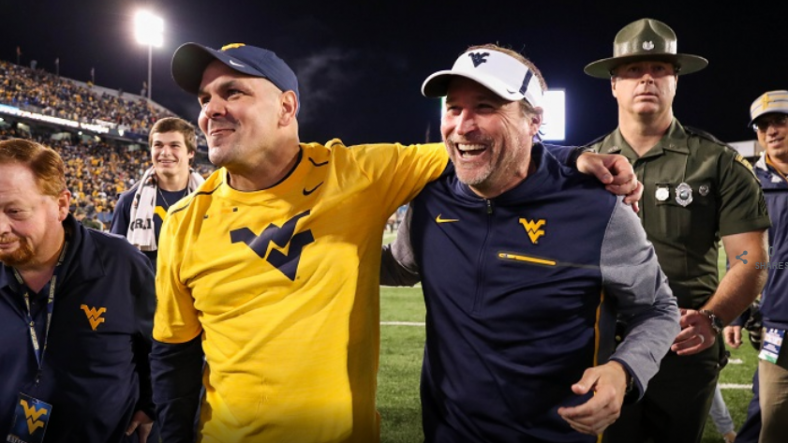 Gibby took to Twitter to express gratitude to West Virginia.

THANK YOU Mountaineer Nation – it has been an incredible ride. Being the DC at WVU has been an honor and I am indebted to each and every player that I coached and the great State of West Virginia. I Love and will miss my DAWGS! Excited for my new journey at NC State.

It won’t be that long before Gibby is back in Morgantown. The Boone County native will be back when the Wolfpack takes on the Mountaineers in week 3 next season.

There was a lot of speculation on where Gibson would be for the 2018 season, since his $950,000 salary for the 2019 season was guaranteed, unless he took a job somewhere else. A report surfaced that said Gibson would be taking a position alongside Shane Lyons as assistant athletic director. This report was hotly disputed by Mike Casazza.

Tony Gibson has been the WVU defensive coordinator since 2014. He joined the staff in 2013 as safeties coach before Dana Holgorsen promoted him after one season. Gibson coached defensive backs under Rich Rodriguez for the Mountaineers from 2001 to 2007.

While the defense seemed to be making strides during the 2018 season, they were still eviscerated by Oklahoma State and Oklahoma in the final two games of the regular season.

In an official release from North Carolina State, Gibson said:

“I would like to thank coach Dave Doeren and the administration at North Carolina State University for giving me the opportunity to join this great coaching staff. I have admired the accomplishments that Coach Doeren and his staff have achieved in the ACC as well as the rich tradition of NC State for years, and I am truly excited to be a part of the mission of bringing a championship to Raleigh.”

Gibson will be the co-defensive coordinator alongside Dave Huxtable. The position became available when Ted Roof left for Appalachian State to work under former NC State offensive coordinator Eli Drinkwitz, who is now their head coach.