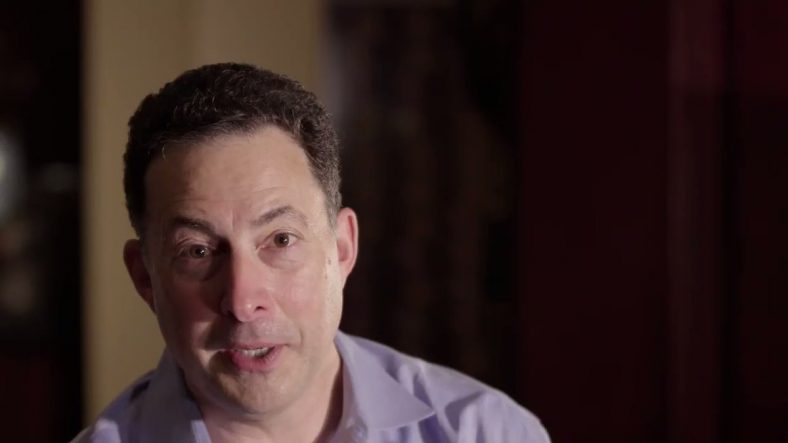 Let me preface this by saying that there is no bigger fan of Tony Caridi than me.  Growing up as a young man in West Virginia who wanted to be a journalist, there was no greater role model than Caridi.  He drips, oozes professionalism.  His voice is known throughout West Virginia as the play by play announcer for the Mountaineers.  When Caridi took over for “The Voice of the Mountaineers” Jack Fleming, Fleming referred to him as “Top Talent.”  In other words, he’s the man.

With that said, Tony Caridi’s recent “exclusive multipart interview with Neal Brown” was weird.  It was the strangest 3 minutes 21 seconds of my entire life.

Caridi seemed disheveled and out of sorts from the beginning.  The typically dapper Caridi was wearing a lavender dress shirt (from Target or Kohl’s, presumably) with the top button undone and aghast, no tie.  It appeared that Tony has just awoken from a nap and was quickly handed a shirt to throw on.  Not wearing a tie and deciding to instead go casual was his first mistake.

The camera angle didn’t do Caridi any favors.  For some reason, the camera was zoomed in tight and right up in his grill.  Caridi handled it professionally, of course, but Neal Brown was obviously taken aback by either the cameraman’s decision to zoom in so tight on Tony or Tony’s decision to go without a tie, or both, when they finally showed him.

Check out Brown’s reaction at the 10 second mark below:

Once the “interview” (I put quotes around the word interview because it was one question) got started, the weirdness amped up even more.  Tony’s question, “Tell me about the evolution of your core values…how did you start to formulate what in Neal Brown’s view was and is the most important things you want to put together in your program?”  Huh?

Our new Head Coach didn’t miss a beat.  He somehow managed to answer the question like the question made perfect sense.   Brown’s response:  “As you come up the ranks in this profession, your start to think what’s your program, what’s your program going to look like.  I was really fortunate as a young coach to work with some established head coaches.  What really stood out is that they all had the values that were the backbone of the program….”

The answer went on for two minutes so I won’t transcribe the whole thing, but perhaps the most strange part of this interview was the cameraman’s decision to continue to go back to show Tony Caridi.  At the 1:21 mark, the 1:38 mark, the 1:54 mark, the 2:15 mark and finally the 2:35 mark, the cameraman showed Caridi agreeing with Brown and each time it got more and more weird. Cardi’s reaction becomes more intense, more exaggerated each time.

Neal Brown’s answer was literally perfect.  His plan and vision for West Virginia football simply couldn’t be better and he saved the interview.  Caridi is rarely off his game, but this was the rare exception.  His cameraman made it difficult for him and Caridi did not respond.

I look forward to the rest of this multipart interview, not just for Brown’s responses but also to see the great Tony Caridi bounce back strong.