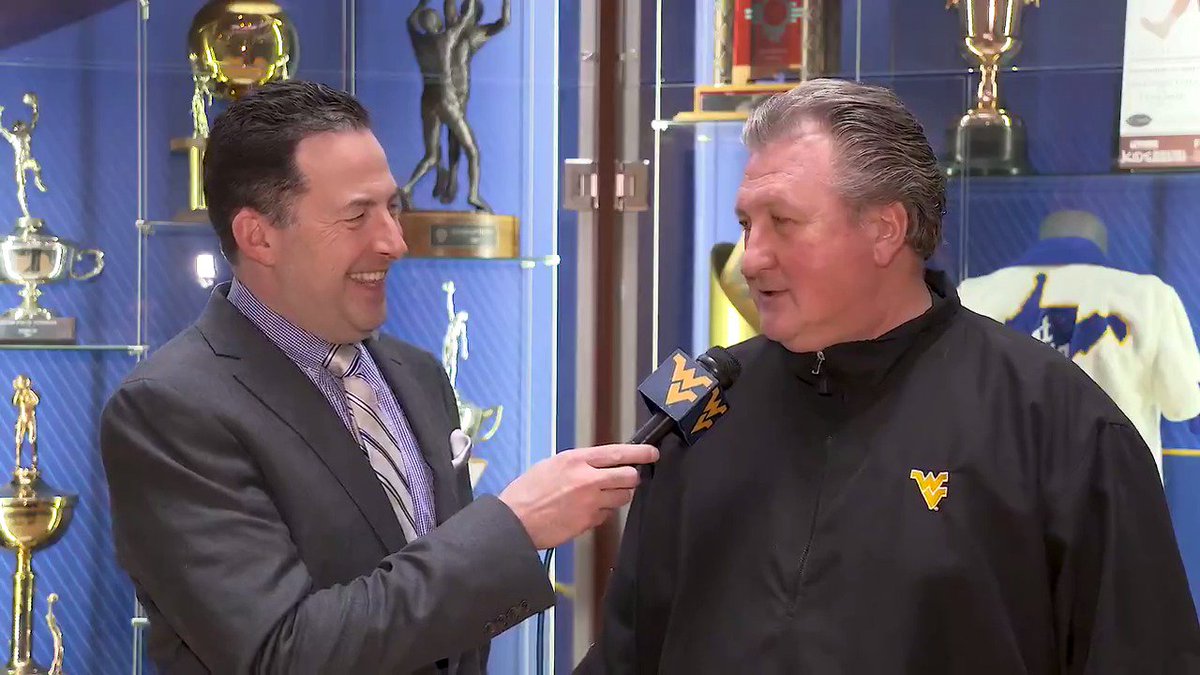 Tony Caridi Should Be Named the “Voice of the Mountaineers”

Tony Caridi Should Be Named the “Voice of the Mountaineers”

Jack Fleming, the play by play announcer for West Virginia during the time periods of 1947-1959, 1962-1969 and 1974-1996, will always be “The Voice of the Mountaineers.”  In the words of Jerry West, Fleming was an “artist with words.”  In his long and illustrious career, Fleming called some of the most memorable games in West Virginia University history.

From his call of Robert Walker’s game-winning touchdown against Miami in 1993 to all of the games he called during the Don Nehlen/Major Harris years to the infamous “Flutie Sack” in 1984 and the “Immaculate Reception” game for the Pittsburgh Steelers, Fleming called so many huge games and is simply one of the best to ever do it.

If you grew up in West Virginia in any of the aforementioned decades, Jack Fleming was West Virginia sports to you.  Before all games were televised, listening to him on the radio was often the only way to follow WVU games.  Fleming’s voice is so meaningful, so tied to your memories of Mountaineer football, that to hear his voice immediately takes you back to that moment in time, to your youth.

With that said, and with all due respect to Jack Fleming, Tony Caridi should be the new “Voice of the Mountaineers.”  Since Fleming retired back in 1996, Caridi has handled the position of play by play announcer for the Mountaineers with such class, with such a refined dignity, that he is literally dripping with professionalism.

Caridi has represented the great state of West Virginia so well over the past few decades that he should be given the greatest honor an announcer for West Virginia can be given and that’s to be called “The Voice of the Mountaineers.”  Caridi would be the first to say that Jack Fleming is the best ever and he’s so humble that he would never think to take over the nickname of the legendary Fleming.

In an article with the Beckley Register Herald, Caridi said of taking over for Fleming, “Jack is the ‘Voice of the Mountaineers.’ They retired that title to him in 1988. I don’t use that title, it is his and that is awesome. He truly was one of the great announcers, not just for West Virginia, but of all time, no matter what circle you run in. To be the next person after him, it was an honor.”

However, Caridi becoming the “Voice of the Mountaineers” would not take anything away from Fleming in any way; in fact, it would be a way to honor Fleming and remember his incredible contributions to the university and state.  As Caridi begins his 35th season working for West Virginia University, he should absolutely be referred to as the “Voice of the Mountaineers” as he calls all of the unbelievable victories and heart-breaking losses.  When or lose, “it is a great day to be a Mountaineer, wherever you may be.”