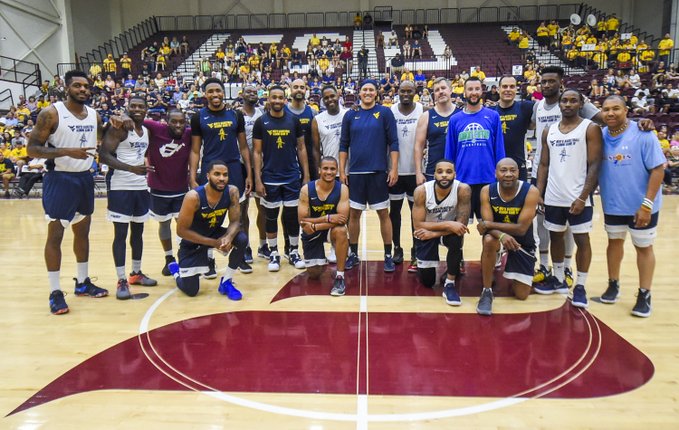 The Men’s Basketball Alumni Game is back for its fifth year. It’s a great way for the players to give back to the fans and also for them to raise a great deal of money for charity. So far they have raised $25,000 for charity. This year, the chosen charity is Special Olympics West Virginia. The game is slated for 7 p.m. Saturday night.

“We’re hyped to be back,” said John Flowers, player and organizer of the event. “We want our fifth year to be the biggest, raising the most we ever have for our chosen charity. And, we want our fans to have the most fun.”

The game will once again be played at the Joe Retton Arena at Fairmont State University.

The @WVUalumnigame returns to Fairmont State this Saturday.

In tonight's WV Illustrated report, @AnjelicaTrinone has more on the star-studded roster and the charity that this year's event will benefit: pic.twitter.com/kIJYLbquOA

So who all will be playing in the game? Here is the list of players, provided by JFlowEnt.com. The players are subject to change:

If you are looking to purchase tickets, you can get a $5 discount if you purchase them at JFlowEnt.com.

Remember that you can get $5 off the door price tickets right now on https://t.co/PFjhJzZiRn for Saturday’s game!

This is a great job by John Flowers and the rest of the players getting back together and creating this awesome experience for fans. On top of that they will be raising a great deal of money for charity. It’s a great event on so many levels.

It’s a great opportunity to get out and see some Mountaineer stars from different generations.