Tom Herman: Texas is the ‘Mecca of College Football’ 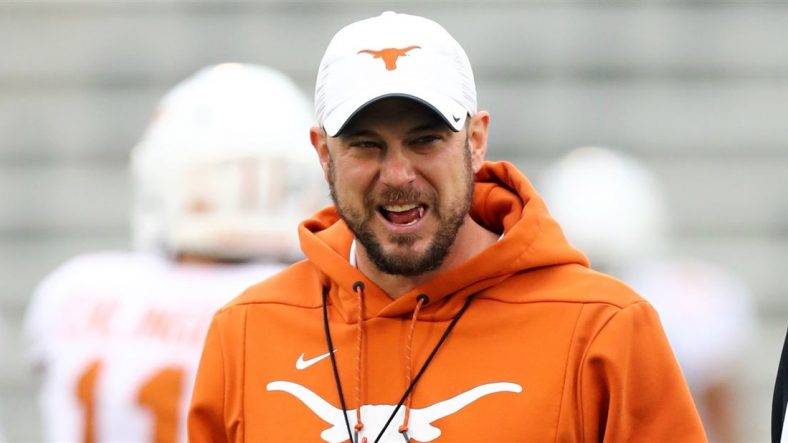 When there is a discussion going on for where the “Mecca of college football is” there are many places that can lay claim to it.

There are many other options, but Tom Herman has his own ideas on where the “Mecca of college football” is.

Here is Herman appearing on Golic and Wingo making this statement:

“You’re right. I fell in love with big-time football as a graduate assistant here (at Texas) and I’m a Division III guy and had coached a year of Division III football and all of a sudden I’m a graduate assistant at the Mecca of college football,” Herman said on Golic and Wingo. “So, it certainly was appealing back then and we’re proud to be back 20 years later as the head coach. But I think the state of Texas does well when all of its in-state schools do well, but when you’re the university of whatever state it is you carry a responsibility to make your state proud.”

Let’s look at some of the facts. Texas is coming off of a 10-4 season, their most wins in a season since losing to the BCS Championship in 2009 to Alabama. In the nine seasons since then Texas has had seven or more losses in four of those seasons. Before last season, Texas hadn’t won nine games since 2012.

And about that 2018 season that is inspiring so much confidence, let’s take a look at it. Despite a signature win over a deflated Georgia team in the Sugar Bowl, this is still a team that lost four games. They were able to defeat Oklahoma during the regular season, but when the chips were on the table in the Big 12 Championship, Oklahoma handled Texas easily. The Longhorns also lost to Maryland on a neutral field in the opener and Oklahoma State on the road.

Oh yeah and also this happened:

If you want to take a more historical look at it, Texas has one national championship since 1971. Texas has historically been a team that racks up great recruiting classes that don’t yield a ton of results. This would make Texas the “Mecca of high school football.” Maybe that’s what Herman meant to say.

Going into the third year of the Herman era at Texas, he definitely has them headed in the right direction. This will be the year where we find out what Texas under Herman is all about. There are expectations for this team and if this team loses four games it will not be considered a massive like last season was. Sam Ehlinger is back at quarterback and the expectations are massive for this team. But having them headed in the right direction is very different from them being the Mecca.

All of that said, make no mistake, no matter what happens in this upcoming season Texas is not the “Mecca of college football” and will not be anytime soon.