Tom Herman is an Idiot 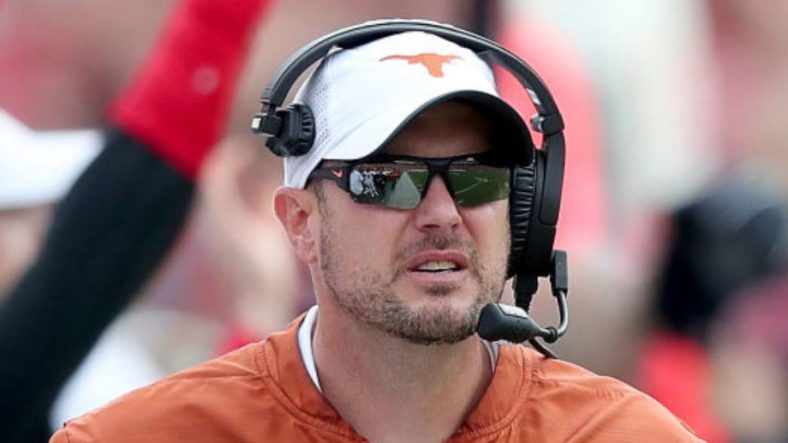 Here’s my take on the whole “Tom Herman is an idiot” situation that is sweeping the internet. His reaction after his team’s loss to West Virginia makes him very hard to take seriously.

While being interviewed in his postgame press conference, Herman cried about Will Grier’s 2-point conversion counting, since he celebrated before crossing the goal line. The only problem is he wasn’t celebrating. He was extending the ball across the goal line, so his team can take the lead.

Tom Herman complaining about Will Grier running it in on the 2-pt conversion to win the game is fantastic. #WVU pic.twitter.com/s1HY3OhgBT

Sure, the whole “Horns down” celebration that ensued may or may not have crossed the line. Many other teams have done the exact same celebration and not been flagged, while the Mountaineers were flagged immediately for it both times. They paid the price for what they did.

That said, Grier extending the ball across the goal line was completely legit. Check it out:

There’s no way he was taunting or doing anything unsportsmanlike. Refer back to my initial statement: Tom Herman is an idiot.

This isn’t the first incident proving the stupidity of this guy. Last week he tried to fight Mike Gundy in the waning seconds of Texas’ loss to Oklahoma State.

Just last year Herman mocked Missouri quarterback Drew Lock from the sidelines on the Texas Bowl. Talk about hypocrisy. Maybe he’ll get another crack at the Texas Bowl this season.

The head coach of the team is supposed to be the adult in the room, not encouraging his team to get mad or cry anytime something goes wrong. If you’re that offended by Horns down, then do something about it and don’t let your team lose so many games.

Oh and work on your sledgehammer skills. Hat tip to The Big Lead.

West Virginia came into his team’s house and overcame some seriously bad calls and got the win in Austin. Suck it up and move on, Tom.