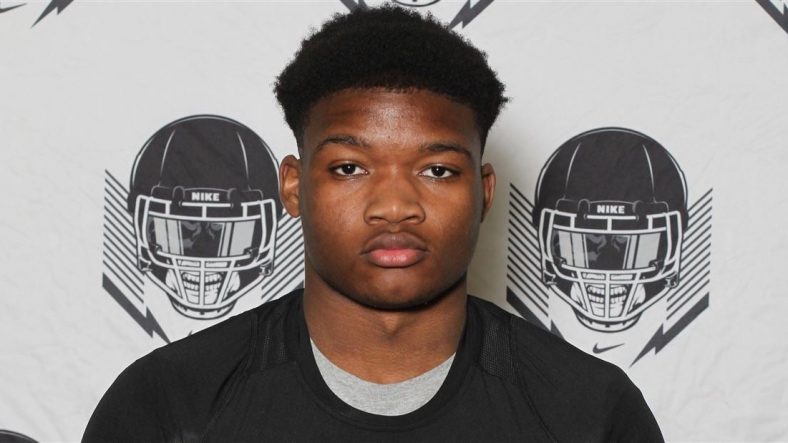 Tirek Austin-Cave, the 3 star Inside Linebacker from Camden, New Jersey, chose the Miami Hurricanes today.  Once thought a WVU lock, Austin-Cave had a change of heart and will now play college football in south Florida.

Austin-Cave visited Morgantown last month with then WVU commit Aaron Lewis and future WVU commit Chris Mayo, all from New Jersey.  He then visited Miami and was “blown away” with the visit.  Like the loss of his friend Lewis, this is one stings a bit for the Mountaineers.

Austin-Cave, the 20th ranked player in New Jersey in the 2020 class, was a longtime 100% 247 Sports Crystal Ball lock for the Mountaineers.  According to 247 Sports, Cave  has a “lean frame with length and wide shoulders. Can easily add 20 pounds. Highly productive player with 162 tackles in his junior season. Reads plays well. Good burst and body control. Plays physical. Can navigate traffic to make tackle. Possesses closing speed. Very effective in-the-box player. Excels playing downhill. Has to work on change of direction. Coverage skills are inconsistent. Needs better depth on drops in zone. Increase strength a must. Has to show he has speed to get to sideline. Should develop into a multi-year starter at strong Power 5 program and could be an NFL free agent.”

Mountaineer Sports has spoken with Austin-Cave multiple times and he’s a very outstanding player and an even better young man.  We wish him nothing but the very best of luck in Miami!