Time for the Madness to End! 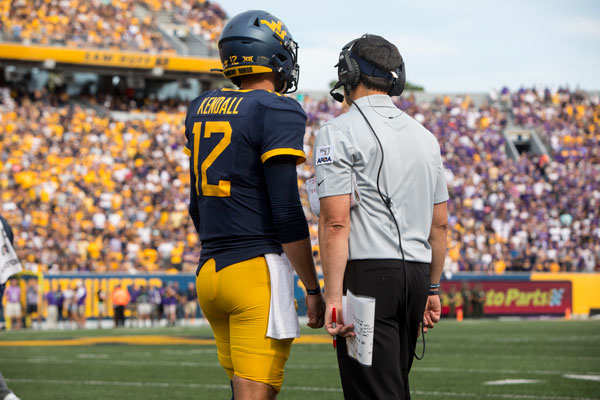 Either Texas Tech is the best 3-5 football team in the history of college football or Neal Brown is once again being out-coached against a Big 12 Conference foe.

West Virginia’s offense is far too predictable – save for Isaiah Esdale’s trick play touchdown pass to Kennedy McCoy – and Austin Kendall stares down receivers.  Kendall obviously continues to be plagued by drop passes from his wide receivers, but ultimately the lack of trust that his playmakers have in him is abundantly clear.

How much longer can Neal Brown continue this Austin Kendall experiment?  Every time that Kendall trots out on the field is another affirmation of Brown’s stubbornness.  Whether it’s entirely Kendall’s fault or not, he is absolutely, 100% not a positive part of the West Virginia offense.  Kendall is certainly not a bright beacon of hope on an otherwise dark, gloomy offense.  He is the darkness.

Yes, the offensive line is bad, the wide receivers drop passes, etc., but Austin Kendall is also a massive part of the problem.  Somehow Brown finds a way to put the blame on anyone and everyone but Austin Kendall.  Remember, this is the same Neal Brown that claimed that Austin Kendall “had his best game of the season” after throwing 4 interceptions in the loss against the Texas Longhorns.

Brown has a relationship with Austin Kendall that goes beyond football.  He convinced him to come to Morgantown to be “his guy.”  Giving up on the idea of Kendall as his starter must be incredibly challenging for Brown, but it’s a decision that should have been made several games ago.

Down big at half against a bad, 3-5 Texas Tech team, it’s time Neal Brown ends the madness and gives his offense a chance by playing Jarret Doege or Trey Lowe for the remainder of the season.