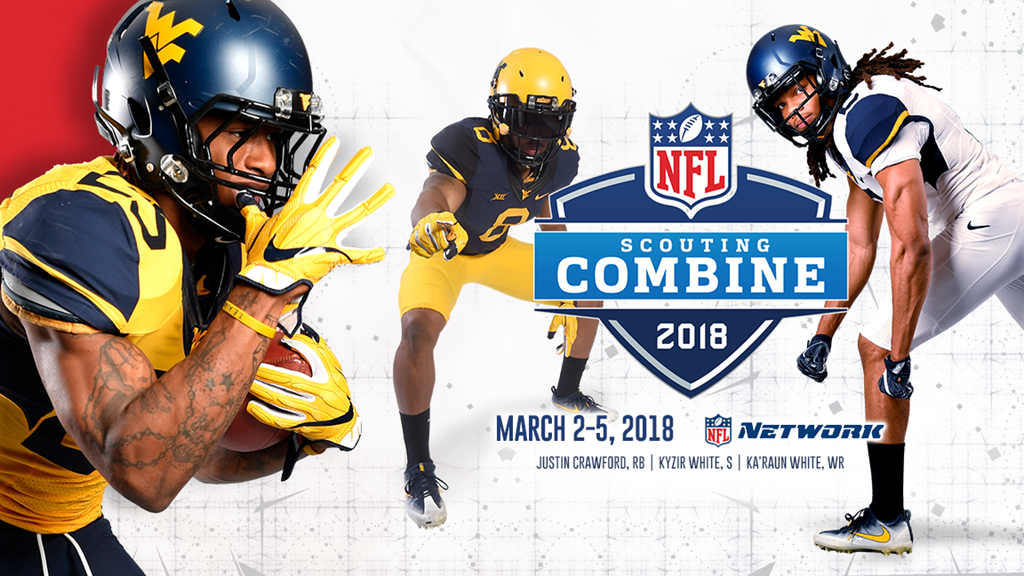 This year’s NFL Scouting Combine is scheduled for February 27 through March 5 in Indianapolis. Officially three Mountaineers have been invited.

Crawford posted over 1,000 yards in his last two seasons. In the 2017 season Crawford had 1,061 yards on 190 carries to go along with seven touchdowns, but opted to not play in the bowl game against Utah.

Kyzir White started at safety for two seasons for the Mountaineers. During his senior season he had 94 tackles, 7.5 tackles for loss, a sack and three picks.

The most players invited to the combine in Mountaineer history was in 1999. That year ten players went including running back Amos Zereoue, linebacker Gary Stills, defensive tackle John Thornton and cornerback Charles Fisher.

There were a total of 336 participants invited to take place in the NFL Combine this year.