This One is On Neal Brown 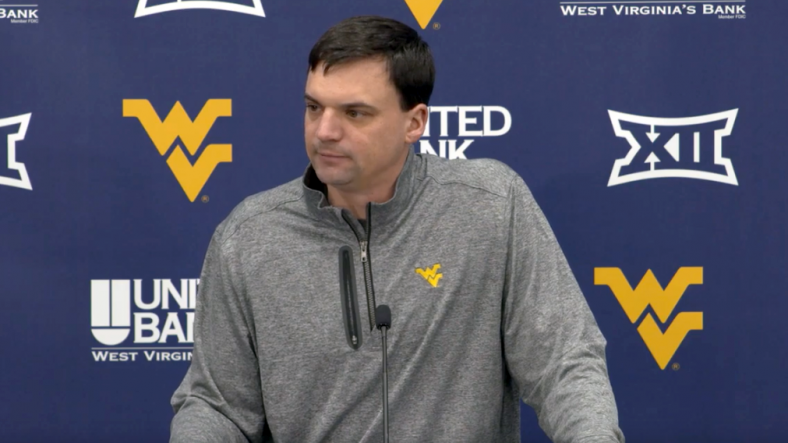 The undefeated Baylor Bears gave the West Virginia Mountaineers every opportunity in the world to win this game, but the play-calling and decision-making when the game truly mattered was just awful.

The Mountaineers, down 14-17 with a little over 4 minutes left in the game and on Baylor’s 25 yard line, played conservatively and settled for a field goal.  Casey Legg, who had never kicked a field goal in high school or college, nailed a 43 yard field goal that would have tied up the game.  However, the team was called for a delay of game penalty and had to move back yards.  Legg’s 48 yard field goal was blocked and West Virginia’s hopes were dashed.

To begin, Brown did not make any changes in his offense like he promised and continued to make conservative play calls in big moments and left Austin Kendall to struggle once again.  Kendall, who has been the worst quarterback in the Big 12 by a wide margin this season, finished 18/36 with 181 yards, 1 touchdown and 1 interception.  However, he got 83 yards on a touchdown pass to George Campbell, who only catches touchdowns.

The rest of the passes were terrible.  In fact, his 83 yard touchdown pass to Campbell was a poorly-thrown duck that Campbell had to go back to get.  Kendall is not a talented enough passer to be a major college quarterback and this has been proven consistently over the first eight games of this season.  His downfield passes are inconsistent and even his short-range passes are often overthrown or poorly-thrown.

Finishing with just over 200 yards in total offense against an undefeated conference foe on the road will not ever get it done.  This is not about the offensive line, this is not about the running backs, this is not about the handful of drops by the receivers, this is about Neal Brown’s insistence on continuing to play Austin Kendall and to call plays that are too conservative and too predictable.  Shame, the West Virginia defensive players played their hearts out and deserved to win this game.