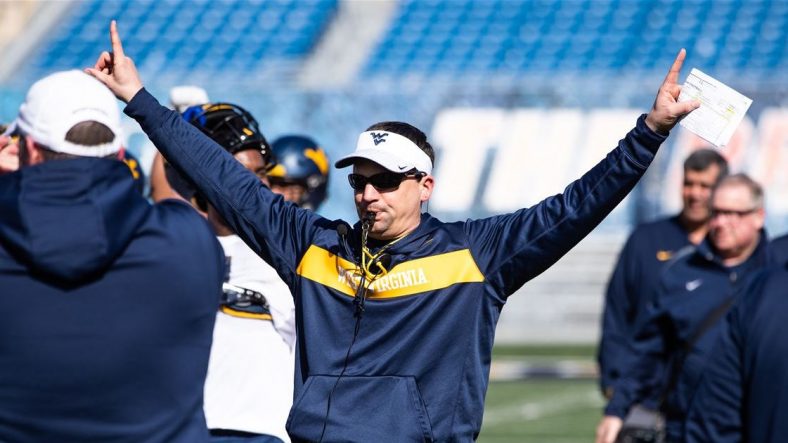 While there is a tremendous temptation for every fan base that Texas faces to throw “horns down” and be disrespectful towards the Longhorns’ tradition of “Horns Up”, West Virginia fans should follow Neal Brown’s lead and restrain from it this Saturday.

Neal Brown, when asked about “horns down”, said “It’s much ado about nothing.  I’d rather build up West Virginia than tear anybody else down.”

The reputation of the fans of the Mountaineers is that of a bunch of wild hillbillies who are unruly and disrespectful to their opponents.  While I disagree with that opinion, that is certainly the national perception.  However, West Virginia first year Head Coach is as classy as any coach in the country and this is a new era in WVU football.

This is the opportunity of a lifetime for West Virginia fans, in front of a nationally televised home game against a Big 12 rival, to show that we’re not a bunch of rowdy, disorderly yokels but rather a sophisticated, intelligent, passionate group of fans that build up our team in a positive, uplifting way.  Tearing down the opponent, while a fun, enjoyable past time for fans, is not a particularly effective strategy for helping the team win.

Like Brown said, “We respect everybody we play. We’re not going to be disrespectful. That’s something we’re not going to spend much time on.”  This is the Neal Brown Era of West Virginia football and this era is about respect, intelligence and winning games the right way.  If you’re at the game this weekend, worry about cheering on the Mountaineers, building up the state of West Virginia, and leave your “Horns Down” at home.