The Undefeated Neal Brown and His West Virginia Mountaineers 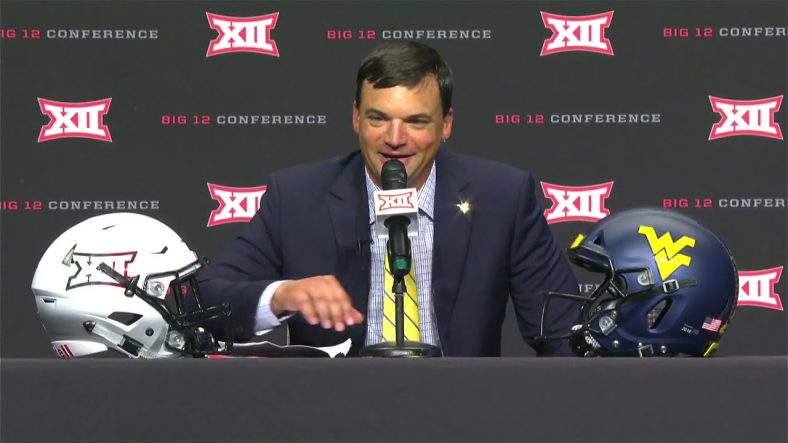 Neal Brown was asked about how well he’s been received by West Virginia fans and if he did anything in particular to deserve that, or if he felt he just had a great connection with the fans.

Brown’s answer was, “I think it’s because we’re undefeated.”

Make no mistake about it, he is going through his honeymoon period.  Brown hasn’t gone through any tough losses yet, but it’s more about West Virginians finally being proud of who the leader of our football program is.  Not to take anything away from our previous coach, but it’s unlikely that anyone from the Mountain State felt a sense of pride when discussing Dana Holgorsen.

Neal Brown has a lot of relatability with West Virginia fans.  West Virginia and Kentucky are very much alike and it feels like he’s one of us and we love him for that.  He has not lost our trust, he’s said and done everything right so far, and he’s happy to be here.  West Virginians embrace that, so it’s not surprising that he’s felt the warm reception for himself, his family and his coaching staff.  West Virginians can be some of the fiercest, meanest folks in the country when wronged, but they can also be some of the loveliest, most loyal as well.

Neal Brown is undefeated as the Head Coach of the West Virginia Mountaineers right now, but it won’t always be that way.  He will lose and the team will suffer losses on his watch, likely sooner rather than later, but his record will not be the only thing that affects the fans’ love for him.  It will be the the way he handles losses, the way he responds to defeat, and his continued professional presence that will win Mountaineer fans’ hearts long-term.

Also, it wouldn’t hurt if he stayed undefeated.