The State of West Virginia is Loaded With Incredible Football Talent 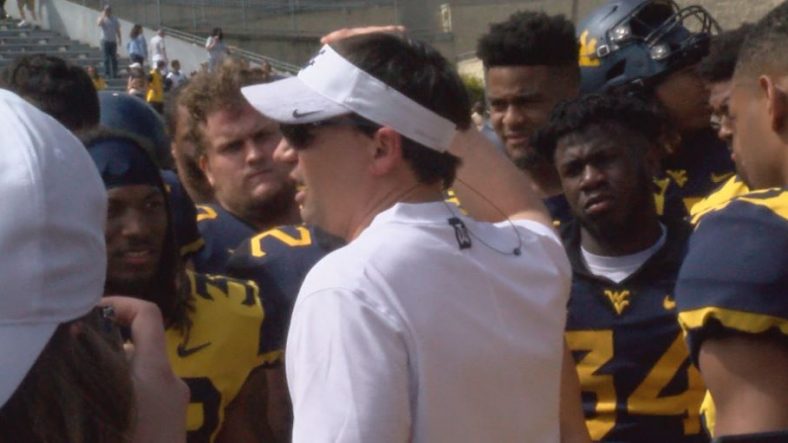 Wyatt Milum – Huntington, WV, OT, 6’7, 265, #39 Overall Recruit – The #2 recruit in the state of West Virginia, Milum holds offers from Georgia, Kentucky, Louisville, Marshall, Michigan, Ohio State, Penn State, Virginia, Virginia Tech, West Virginia.  With only four offensive lineman on the roster outlook and hard recruiting by Michigan, the Wolverines appear to be the leader for his services.  Penn State is also on him big time.  West Virginia is a bit behind Penn State and Michigan now, but Milum is visiting Morgantown this weekend and it wouldn’t be surprising if he left town a Mountaineer.  Prediction:  Michigan/West Virginia Toss-up

Zeiqui Lawton, South Charleston, WV, 6’3, 240, #45 Overall Recruit – Lawton compares favorably to the Dallas Cowboys’ DeMarcus Lawrence and appears to be as close to a lock as there is in this class.  He has spent a considerable amount of time in Morgantown on campus and at camps.  According to 247, “Wide shoulders with frame to play strong side defensive end. Can hold 255+ pounds. Strong, athletic and quick. Disengages well and re-routes down the line of scrimmage. Has good change of direction. Footwork is an asset. Patient and smart. Understands gap integrity. Excels when ball is run at him. Has speed to get around edge. Consistently wins pad level battle. Productive and also plays running back. Must improve technique and be able to use combination moves. Length is a question. Multi-year player at high level program. Second day NFL draft potential.”  Prediction:  West Virginia Lock