The Quarterback Competition at WVU Just Got Real! 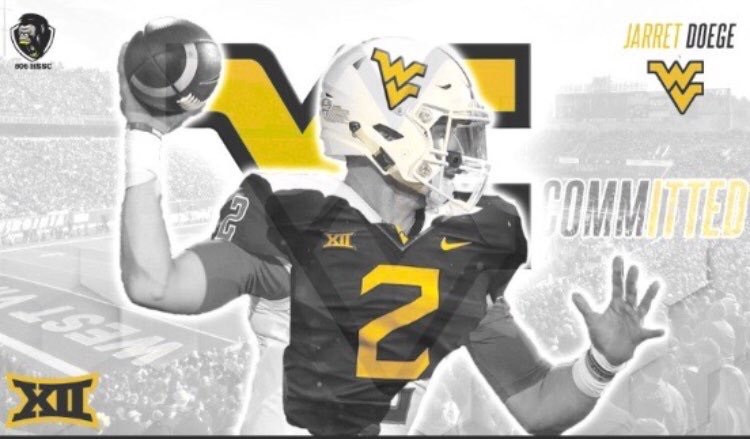 The quarterback competition at WVU was already interesting following the Gold-Blue Spring Game.  The performances of Austin Kendall, Jack Allison and Trey Lowe led to more questions than answers and the starter’s job was any one of the three player’s to win.  Then, today, it got even more interesting when Bowling Green transfer Jarret Doege announced on Twitter that he is coming to West Virginia University.

A couple of things to consider:

1.)  An experienced, productive, talented quarterback doesn’t transfer to a school unless he thinks he has a real chance of starting.  Jarret Doege was the starter in every game last year for Bowling Green and was likely the favorite to be the starter again this year.  Bowling Green is going through a coaching change and anything could happen under these circumstances but despite his team playing poorly last year Doege played really well.

In other words, Jarret Doege was not the problem at Bowling Green.  Doege threw for 2,660 yards (41st in the country), 27 touchdowns (14th) and 12 interceptions (112th overall).  He was a bright spot in a dark, dreary situation and so it’s unlikely that he would have been unseated as the starter if he stayed there.  He intends to come to West Virginia and be the man and there’s a reason he feels that way.   Either he’s just very, very confident, or he’s been led to believe that.

2.)  It’s almost certain that one of the four quarterbacks is going to transfer.  Austin Kendall and Doege are obviously staying, but Jack Allison and Trey Lowe are likely to at least consider the option.  Head Coach Neal Brown also probably knows something that we don’t know.  Perhaps Allison or Lowe have already approached him about the idea of transferring.  What’s unlikely is that WVU keeps four scholarship quarterbacks on the roster in addition to Freshman Trent Jackson, who played well during Spring practices.

It appears that Coach Neal Brown is going to let the quarterbacks battle it out and go with the most deserving as the starter.  Austin Kendall is not guaranteed the job as originally expected by some.  WVU now has four talented players on its current roster and any one of them could emerge as the starter.  It’s going to be an interesting Summer and Fall in Morgantown!