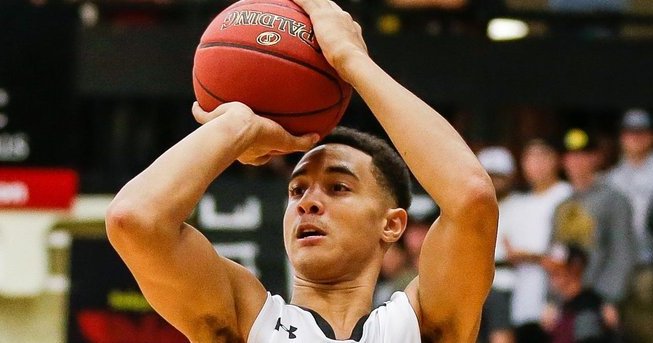 The Perfect Fit for WVU

Khalid Thomas, the #2 ranked JUCO player nationally according to 247Sports and a 4 star prospect according to Rivals, de-committed from Texas Tech over the weekend.

The Perfect Fit for WVU

Khalid Thomas, the #2 ranked JUCO player nationally according to 247Sports and a 4 star prospect according to Rivals, de-committed from Texas Tech over the weekend.  The 6’9 210 pound Power Forward played at the College of Southern Idaho averaged 8.6 points and 4.5 rebounds per game while struggling with a foot injury throughout the season.

Thomas has offers from 19 schools, including Arizona, Baylor, Louisville, LSU, Oklahoma, Oregon, Virginia Tech and West Virginia, among several others.  Thomas initially had several visits planned, but cancelled all of them after visiting Lubbock, Texas.  He told the Oregonian after his commitment to Texas Tech, ” I had Arizona this weekend. I had Oregon set up. I had Baylor. To be honest, I just didn’t think I was going to find a visit better than that one.”

According to 247 Sports, “Thomas is a legit 6-foot-9, and has been one of the top junior college players in the nation since his career began. Fits the mold of the new-age stretch power forward, Has good length, and shot over 40 percent from distance as a freshman. He needs to continue to get a bit stronger to improve as a rebounder, but the upside is significant. He should be able to step in right away and be a major contributor at the high-major level with his size and shooting ability.”

Thomas’ versatility and size would be a perfect fit for a West Virginia team that lacks depth from its interior players.  If Bob Huggins can bring him to Morgantown and lock him up for next year, Thomas would be a huge addition to an already outstanding recruiting class for the Mountaineers.

Jerry West to John Beilein: “Are you f***ing crazy?”
7 footer draws interest from WVU and several other programs