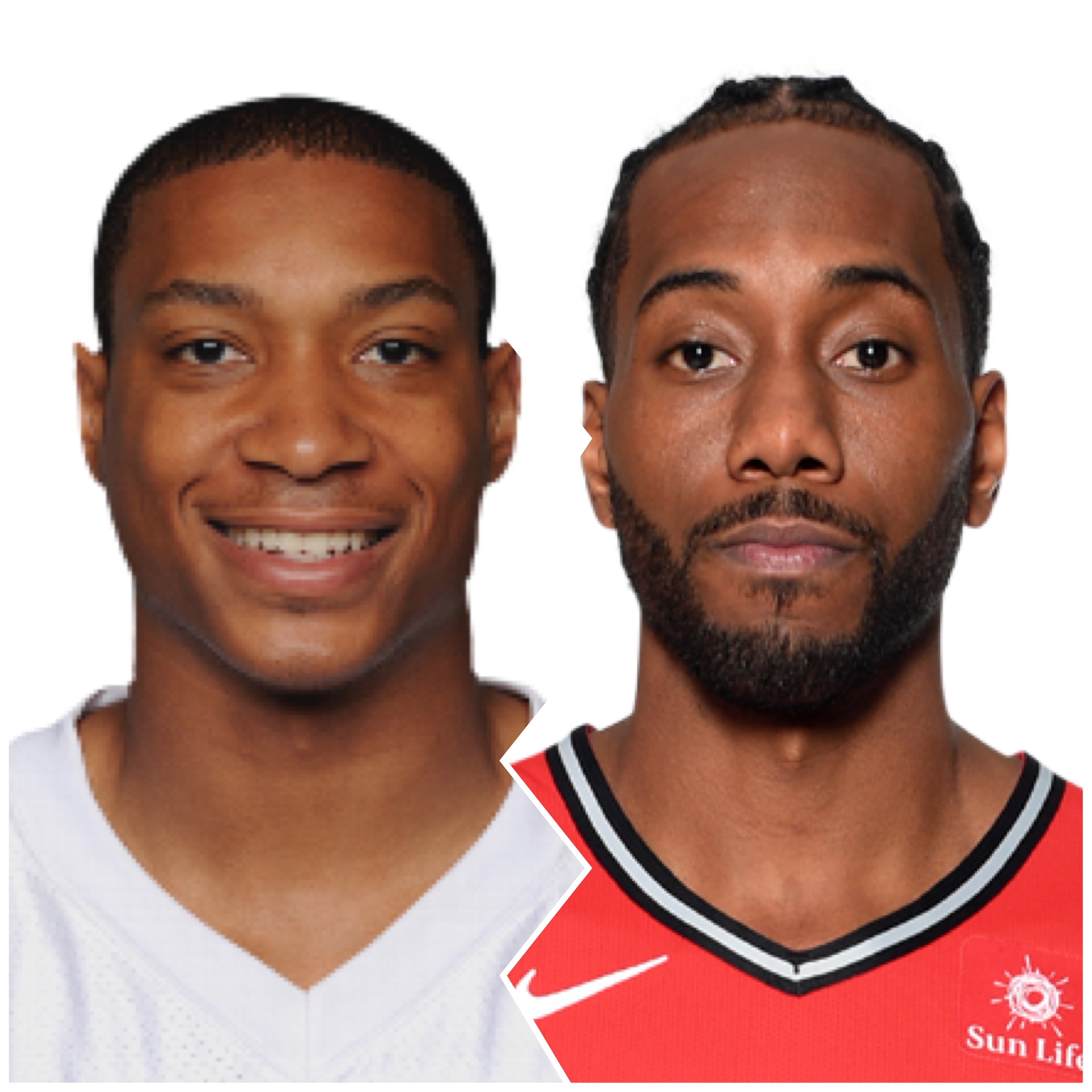 Pat White was Kawhi Leonard before there ever was a Kawhi Leonard.  Leonard, whose Toronto Raptors are one game away from winning the NBA Championship, has gained a lot of attention regarding his quirky behavior, awkward answers to questions and, of course, his interesting laugh.

Pat White spent 4 seasons in sports-obsessed Morgantown and I can count less than a handful of times that I heard him speak.  How is that possible?  In the same way that Leonard has refused to fully open up, Pat White remained a laconic closed book throughout his time in West Virginia.  He was the ultimate leader on the field and aloof, withdrawn off of it.

While watching the NBA Finals, I started to consider the comparison between the two when, suddenly, I received a message from Pat White.  I don’t have a personal relationship with Pat White and I only spoke with him briefly for an interview back in April, so to receive a message from him was very much out of the ordinary.

I think he’s a very private person so I won’t reveal the entire conversation, but essentially he acknowledged his “refusal to fill awkward silence with glib chatter” and went on to say,  “my folks taught me to say less and do more.”  He added about his concise answers and refusal to fill awkward silence, “it’s a great way to be, don’t you think?”  Of course it is, but very few athletes have pulled it off like Pat White and Kawhi Leonard.  Typically athletes who are aloof (Marshawn Lynch comes to mind) are seen as difficult, rude, but not Pat White or Kawhi Leonard.

Leonard and White are both likely extreme introverts that were thrust into the ultimate spotlight and they handled it the best way they knew how, by being themselves.  In the world of sports, players and coaches are required to behave in a certain manner and answer questions in a particular way.  Pat White broke the mold as a college football player.  His answers were always thoughtful, precise and not always what you’d expect to hear.

White never answered a question immediately.  Rather, he would think about it first, determine what he wanted to say and reveal, and then finally say it after a long silence.  Although the silence felt awkward, there’s nothing “awkward” about it per se.  It’s deliberately respectful to the question, to the interviewer, to himself.

The relationship between the media and players is odd.  The media is simply looking for a quick sound byte, the fast story.  White never gave that to them; he wanted to let what he did on the field do his talking for him.  Pat White was a mature young man while at WVU and he took his parents’ advice to heart:  “Do less and say more.”

I suspect Kawhi Leonard is the very same as White.  He wants to let his play on the court speak for itself, he doesn’t want to say anything wrong and he doesn’t really care if it seems awkward or quirky to the rest of the world.  He’s just being himself.

Both White and Leonard reached the absolute pinnacle of their sport and did it their own way.  Their reserved responses to questions make them easy targets to fans and the media, but they are both ultimate winners.

My Interview with Pat White:  https://mountaineersports.com/pat-white-the-interview/