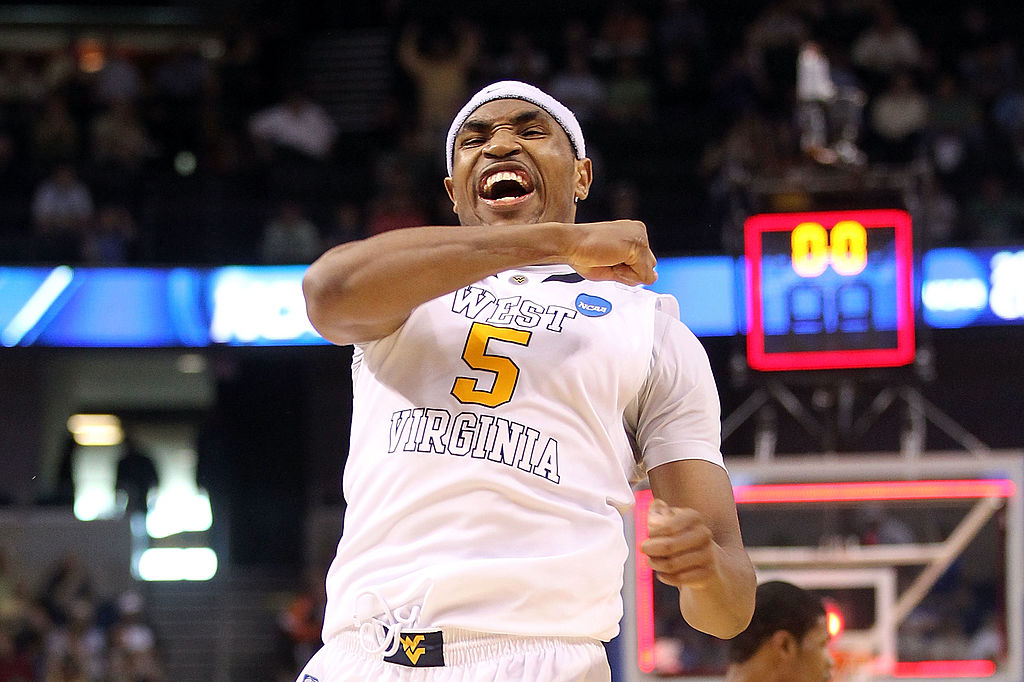 An interview with former West Virginia great Kevin Jones about his career at WVU, his time in the NBA, and what he’s currently up to.

Kevin Jones is one of the best five players to ever play basketball at West Virginia University.  He’s right up there with Jerry West, Rod Thorn, De’Sean Butler,  “Hot Rod” Hundley and Jevon Carter.  In the Mountaineer Sports “All-Time West Virginia Basketball Team” he was named the starting Power Forward.  Jones was part of the 2009-2010 Final Four team that lost to Duke after De’Sean Butler was injured during the game.  He averaged 19.9 points and 10.9 rebounds per game during his Senior season.

Jones played briefly in the NBA for the Cleveland Cavaliers and in the G League for the Canton Charge.  I spoke with Mike Gansey, former WVU player and current Assistant General Manager of the the Cavaliers, and I asked him why Kevin Jones didn’t have a more productive NBA career.  According to Gansey, “Kevin Jones was an incredible rebounder and massive talent.  Unfortunately he was undersized for his position in our league and even though he was a good perimeter shooter, his range didn’t extend to the three-point range.”

Although his dream of a long-term career in the NBA has not happened, he is very happy playing overseas. The dream of playing in the NBA again is not over for Jones, but he’s not as obsessed with getting into the league as he once was.  He currently plays for the Ryukyu Golden Kings in Okinawa, Japan.

Mountaineer Sports:  How are you enjoying your time playing in Japan?

Kevin Jones:  It’s been great, man.  I’ve been here since January and it’s just been great. I live in Okinawa, Japan, which is nice weather, nice food and there’s actually a lot of Americans here as well, so it’s just been a great transition.  I like Japan a lot.  I like the customs here and the way people treat you here.

Mountaineer Sports:  Our website compiled an all-time WVU team and you were the starting Power Forward.  We consider you to be one of the top 5 players in West Virginia history.  What are your thoughts?

Kevin Jones:  Oh man, thank you for that!  I appreciate that.  It’s a great honor knowing all of the great players that came through there and to be just considered among the top five is amazing for me.  Coming from where I come from, knowing that if I put in hard work that I put in it would pay off, so I guess it’s paying off.  Thank you.

Mountaineer Sports:  What was your recruitment to WVU like? Why did you choose WVU?

Kevin Jones:  I went on all five of my visits.  I went to Ohio State, Indiana, UMASS, Pittsburgh and West Virginia.  West Virginia felt most like home to me. Coach Huggins came in for a home visit and he never promised me anything.  He just told me that if you work hard you’ll get what you deserve and I just believed in him.  I’m really glad I made the decision I made.

Mountaineer Sports:  What has Coach Huggins meant to you?

Kevin Jones:  He meant a lot, man.  He was like a father-figure away from home.  It’s tough as a young kid going away from home for the first time.  He held everyone accountable and responsible for their actions.  He helped me to grow and mature as a man and I’ll always have to thank him for that.

Mountaineer Sports:  What do you think went wrong with the team this year?

Kevin Jones:  There were a lot of injuries with Sags being hurt and out most of the season. I don’t think there was any team chemistry and you were dealing with a lot of younger guys that had never been put in those kind of roles before and they weren’t used to it.  I think in the end, especially in the Big 12 Tournament, those guys played their butts off and hopefully that will carry them into next year.

Mountaineer Sports:  Is there a  memory from your time at WVU that really sticks out?

Kevin Jones:  Of course I’m going to say the Final Four year and the Big East Championship year because of the run we made.  I built a lot of relationships that year and the guys on that team are still like brothers to me.

Mountaineer Sports:  Do you have a favorite teammate while at WVU?

Kevin Jones: Yeah, I’m going to say my best friend, my roommate for 4 years, Truck Bryant. We hung out every day together and we matured as men together.

Mountaineer Sports:  Do you still get back to Morgantown often?

Kevin Jones:  I actually live in Morgantown. I work out at the practice facility.  They’ve been kind enough to let us older guys come back to use the facilities to work out and we can come in anytime we want so it doesn’t make any sense for me to be anywhere else right now.

Mountaineer Sports:  Do you still hope to play in the NBA again?

Mountaineer Sports:  Who is the toughest player you ever played against in college?

Kevin Jones:  I played a lot of great players in the Big East, but I guess I would say DeJuan Blair from Pitt.

Mountaineer Sports:  In the NBA?

Kevin Jones:  I remember I got to guard one of my idols, someone I always looked up to, Kevin Garnett.  I was in Cleveland and he was in Boston and it was a surreal experience.  To get to play against and compete against one of the guys you looked up to growing up, it was a great experience.

Mountaineer Sports:  Do you have message to WVU fans?

Kevin Jones:  Thank you for your support of me during my time there.  Thank you for your continued support and for supporting the kids that are there now.  Keep on believing.  I know Coach Huggs had a tough season this year but I know he’s definitely going to turn it around next year.  Stay tuned because I know good things are coming.