The Importance of the Dual Threat Quarterback 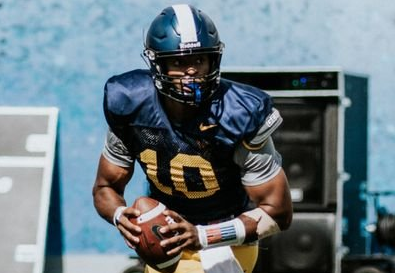 Trey Lowe has never been given a chance to shine in his young college football career, but he has all of the tools to be West Virginia’s next great quarterback.  This has nothing to do with his race or the fact that West Virginia football’s greatest moments happened when the Mountaineers were led by African American quarterbacks (Major Harris and Pat White), Trey Lowe is a dual threat quarterback.

In college football, it’s almost become a necessity to have a quarterback that can both throw and run to be successful.  Most defensive schemes in college football are blitz heavy and this leads to the quarterback leaving the pocket often to evade increasingly fast defenders.

Not only does a dual threat quarterback give an offense the ability to escape defenders, they also create an additional threat that traditional pro style quarterbacks do not.  This flexibility is particularly important for a team that struggles to block effectively like the Mountaineers have throughout the first six games of the season.

A dual threat quarterback is essentially a requirement to run the Zone Read offense, which Neal Brown has unsuccessfully attempted to use with immobile quarterbacks Austin Kendall and Jack Allison.  If Lowe is given an opportunity to play, I think we’ll find that the lack of production in the run game has a lot less to do with the blocking and a whole lot more to do with the quarterback’s inability to run.

Remember, West Virginia averages 94.3 rushing yards per game, which is 124th out of 130 teams in the entire country.  This is in large part due to scheme; running the Zone Read offense without a dual threat quarterback is an impossibility in today’s game.  Putting the running struggles solely on blocking is unfair and doesn’t tell the whole story.

Lowe has never been given a real opportunity in game action.  In last season’s Camping World Bowl, he was given brief minutes, finishing 2-2 with 0 yards.  In the team’s Gold-Blue Spring game, he was by far the most impressive quarterback in the game and wasn’t even able to show what he could do on the ground due to quarterback contact restrictions.

While I don’t necessarily expect for Trey Lowe to be Pat White in 2005 against Louisville, he will absolutely bring a new dynamic to the West Virginia offense, will give the Mountaineers a chance and is the answer to many of their issues in the passing and running game.