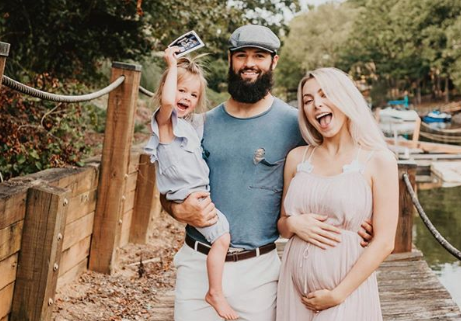 Will Grier got to enjoy the very rare experience of being a husband, dad and college football star all at once. The journey led him from Gainesville to Morgantown and then being drafted by his hometown Carolina Panthers.

Well, the story isn’t over yet. Will’s wife Jeanne took to Instagram to share some breaking news about the family. Grier part of FOUR!

Grier, party of FOUR!!!! Head to my blog for a special announcement ?? link in bio ✨

You can see all of the details and photos at Jeanne’s blog.

As Jeanne stated, it’s been a wild ride since the NFL Draft in April. Will was drafted by the Panthers, which gave him the chance to buy a home in Will’s hometown of Charlotte. And now their second daughter is on the way.

All of their photos were taken by @heathermariephotographync

More Stories on Will Grier

Congrats, Will! You are truly living the dream.