The Coliseum Should be Packed EVERY GAME 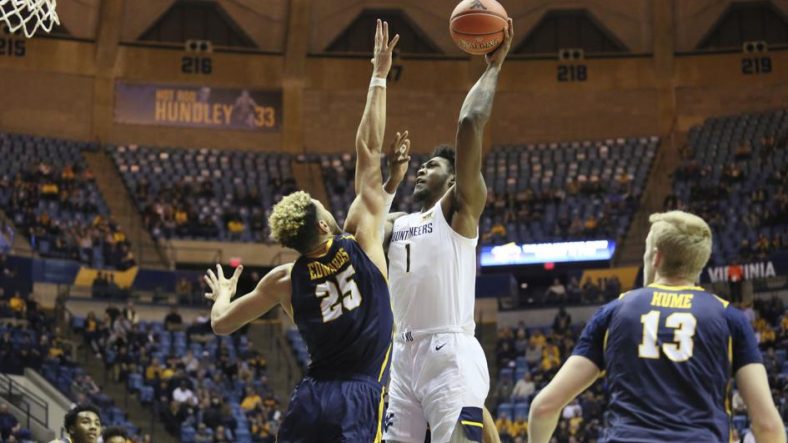 The official attendance for the West Virginia versus Northern Colorado basketball game was 9,740, which means the was 70% of its capacity.  If you were in attendance, or even just watched the game on television, it was clear that there wasn’t much more than 1/3 of the announced attendance.

There are 1.8 million people in the state of West Virginia and there is simply no reason for every single game to not be sold out.  Mountaineer Field has a capacity of 60,000 and the Coliseum a capacity of 14,000.  In order to fill up Mountaineer Field, approximately 1 in 30 West Virginians would need to attend a game.  For a basketball game, 1 in roughly 129 Mountaineer fans would need to attend for the Coliseum to be packed.  That doesn’t include all of the countless West Virginia transplants living up and down the east coast, throughout the country and really, all over the world.

Both the football and basketball programs have teams that West Virginians can be extremely proud of every year but this year in particular.  New Head Coach Neal Brown has transformed the culture of the football program and is in the process of creating something very special.  We’re at the very beginning of a new era of West Virginia football and even though the team has struggled this season there couldn’t be a more exciting time to be a Mountaineer football fan.

Bob Huggins is one of the best basketball coaches of all time.  He’s one of us and one of the best to ever do it. For him to have to coach in front of a half full Coliseum crowd is not only an embarrassment, it’s sad.

We have become accustomed to seeing Huggs stalk the sidelines for the Mountaineers, but this is something that West Virginia should truly appreciate and celebrate while it lasts.  Unfortunately, one day sooner rather than later, Bob Huggins will retire and his legend will only be a memory to share with our kids and grandchildren.

He has worked tirelessly to fix last season and put his team, our team in position to be one of the best teams in the country this year and for years to come.  Don’t continue to let him walk out out onto the court and wonder why more fans aren’t there to support the team.  He deserves better.  There shouldn’t an empty seat at the Coliseum for the remainder of Bob Huggins’ career.

West Virginia football continues to draw large crowds, which is wonderful, but that should become the status quo rather than an anomaly.  We are Mountaineers.  These are our teams.