The Carolina Panthers are NOT a good fit for Will Grier 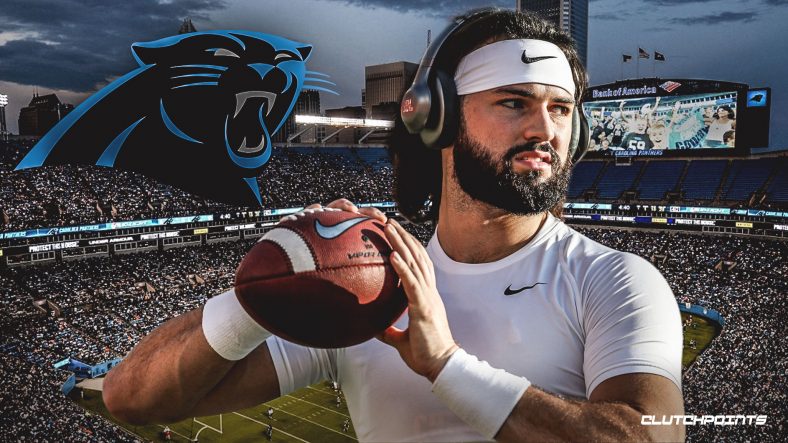 When Will Grier, former West Virginia quarterback, was taken in the 3rd round with the 100th overall pick in the 2019 NFL Draft, he must have immediately felt relief, then happiness…and then concern.  Yes, he was just taken by his hometown Carolina Panthers, the team he grew up cheering for, the city where his family is from and currently resides, but he is now playing behind “Superman”, the very player that is Carolina Panther football, for a minimum of 3-5 years.  Cam Newton, the 29 year old unquestioned face of the Panthers, has been extremely durable during his career despite his very physical play style.  Barring a very unusual injury to Newton, Will Grier will likely not see the field in any meaningful games for years.

Newton, whose leadership has been questioned in the past, immediately attempted to discredit the notion that he’s not a team player by expressing his excitement that the Panthers drafted Grier:

“You would think I would feel intimidated; that’s not the case here,” Newton told FOX 46 in Atlanta. “I reached out to Will – I actually saw Will play in high school with him being in Charlotte – and I’m just excited for him to come on the team. He possesses a rare talent, and I’m excited.”

Cam Newton reveals his feelings on the @Panthers drafting QB Will Grier in the 3rd round …@FOX46News @FOX5Atlanta pic.twitter.com/kXOV7Py4X5

Cam Newton is not excited about the Panthers drafting Will Grier.  He will absolutely use this as a motivating factor to get healthy after offseason shoulder surgery.  Newton, coming off his best completion percentage of his career at 67.9% of his passes completed, is nowhere near ready to be dethroned as the starting quarterback in Carolina.  Newton’s massive ego will not allow for Grier to be groomed to be his eventual replacement.  Rather, Grier will only inspire him to work harder.

Cam Newton is larger than life in Charlotte and Will Grier will likely wilt in his shadow as a backup. Grier, who is already 24 years old, might be nearly 30 before he gets his chance to start, and then there will be younger quarterbacks ready to take over for Newton.  Unfortunately for Grier and Mountaineer fans everywhere, the situation in Charlotte is not what’s best for Will Grier’s future.