“The Bob Huggins Court” at the West Virginia University Coliseum 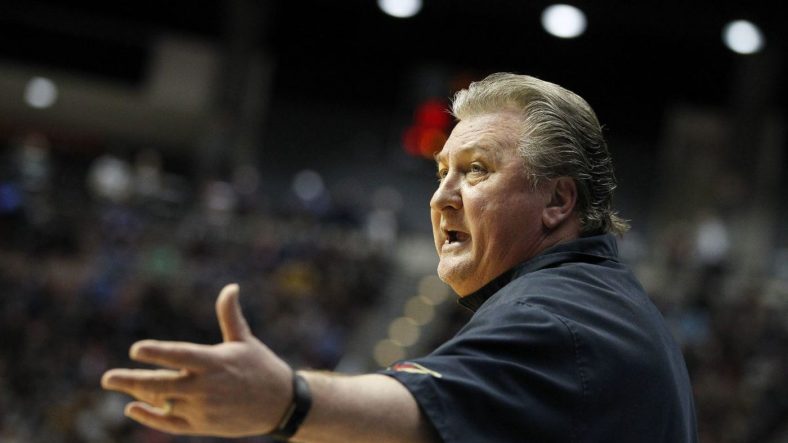 Another year has passed and Bob Huggins is still not in the Basketball Hall of Fame.  860 wins, 70% win percentage, 24 NCAA Tournament appearances, 9 Sweet Sixteens, 2 Final Fours in his illustrious 36 year career and he has yet to be inducted into the Hall of Fame.

He is the 7th all time winningest coach in Division I college basketball history and has the 4th most wins of active coaches, behind only Mike Krzyzewski, Jim Boeheim, and Roy Williams. He will likely pass Adolph Rupp and Dean Smith on the all time list this upcoming season.

Huggins was nominated again this year but was once again overlooked by the selection committee.  According to Hall of Fame rules, candidates who are still coaching must meet the following eligibility requirements: “…have coached for as either a full-time assistant or head coach on the high school and/or college and/or professional level for a minimum of 25 years.  That person will then be considered for Enshrinement in the 26th year of active coaching.”  Bob Huggins certainly meets these requirements, but for some reason continues to be denied induction.

With that said, West Virginia University should honor Huggins, who is the most important figure in West Virginia basketball’s modern history, by naming the basketball court “The Bob Huggins Court at the WVU Coliseum.”

Duke University did something similarly with Mike Krzyzewski by naming the court “Coach K Court at Cameron Indoor Stadium.”  Davidson’s court is named “Bob Mckillop Court” after their Head Coach.  In addition, North Carolina’s court is named after Roy Williams and Syracuse’s court is “Jim Boeheim Court.”  Has Bob Huggins meant any less to his university than any of the aforementioned names?

No one other than Jerry West, who has a statue outside of the Coliseum, has done more for the basketball program than Huggins and waiting for his retirement to honor him would be a mistake; rather, he should be made aware of how respected and appreciated he is while still coaching.

The new design on the Coliseum court looks absolutely beautiful, but the only thing that would make it even better would be to add “The Bob Huggins Court” written prominently to honor the greatest basketball coach in West Virginia history.