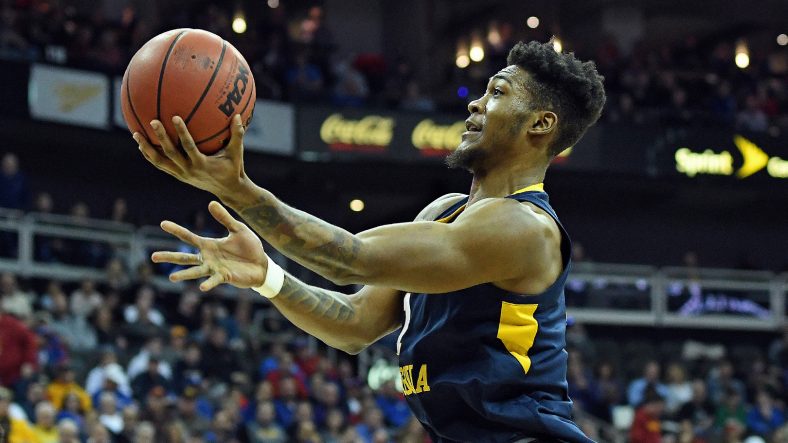 Da’Sean Butler and Kevin Jones, two of West Virginia’s most dominant, successful players in the history of the basketball program, led the 2010 WVU team to the Final Four.  Butler was versatile, a forward that was just as comfortable on the perimeter as he was slashing to the basket.  During his Senior season in 2010, he averaged 17.2 points, 6.2 rebounds and 3.1 assists.  Jones was a banger.  He averaged 13.1 points and 7.5 points per game during his Sophomore year in 2010.  Butler and Jones were an incredible duo, perhaps the best front court tandem in West Virginia’s modern history.

Derek Culver, a Sophomore who was West Virginia’s top returning scorer and rebounder, and Oscar Tshiebwe, a 5 star player who is the highest rated recruit in decades, form this year’s front court for the Mountaineers and they have the potential to be even better.  Until recently, it wasn’t certain that the two would play together on the court at the same time.  Bob Huggins, following the team’s first practice in preparation for their trip to Spain, said, “They will play together.  I think we can go back to dominating the glass like we did at one time.”  When asked what he expects from them, Huggins said, “A lot of rebounds.”

Culver, a Freshman sensation last season for the Mountaineers, nearly averaged a double-double.  In 26 games, he averaged 11.5 points and 9.9 rebounds per game.  Culver sat out the first 10 games of the season for disciplinary reasons, played despite “not knowing what he was doing half the time”, according to Huggins.  There were many games that the opposing teams couldn’t keep him off the boards.  With a year of experience, Culver is potentially, arguably the most talented returning player in the Big 12.

Oscar Tshiebwe is world-class talent.  Former assistant coach Billy Hahn called him “the best rebounder I’ve ever seen in high school.”  Billy Hahn has seen a lot of players play the game and he put Tshiebwe right at the top of the list.

Bob Huggins said of his newest interior player, “Oscar gives us a force inside.  He was one of the elite high school rebounders in the country, and his body will enable him to rebound at the collegiate level. Oscar is a very hard worker who continues to work at his game, and he will become an elite scorer.”

The ceiling on the combination of Culver and Tshiebwe is limitless.  This is not only the most talented front court in modern West Virginia basketball history, they almost certainly form the best duo in the Big 12 and perhaps all of  college basketball this season.