The Baylor Bears are officially on upset alert 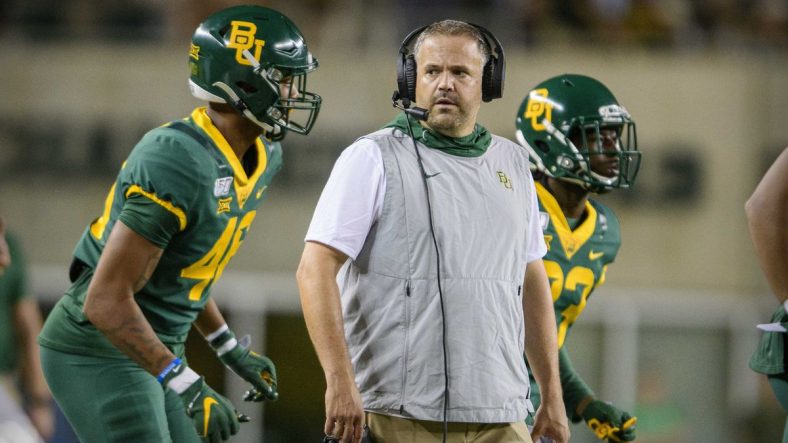 After Oklahoma shockingly lost last weekend to Kansas State, the  #12-ranked Baylor Bears sit atop the Big 12 Conference at 7-0 and 4-0 in conference play.  Baylor has very few holes offensively or defensively and truly might be the very best team in the Big 12 this year.

Matt Rhule, in his third year coaching the Bears, has a team that is producing efficiently offensively, averaging 476.6 yards per game (14th in the country).  This is a talented, experienced offense that will be hard for West Virginia to compete in a shoot-out with.

With that said, it will be Halloween night and supernatural, eerie, mystifying, downright creepy things happen on October 31st.

Defensively, they give up 358.6 yards per game (221.2 passing yards and 137.4 on the ground) and are vulnerable.  They aren’t a terrible defense, but West Virginia has absolutely played better defenses in previous weeks and are very capable of scoring on this team.

Remember, prior to West Virginia’s October Gauntlet where they faced and lost to tough conference opponents Texas, Iowa State and Oklahoma, the Mountaineers sat at 3-1 with back to back quality wins against NC State and at Kansas.

West Virginia Head Coach Neal Brown believes in this team and is not giving up on his first season in Morgantown.  While it would be easy to blame the circumstances surrounding his team for its struggles, he refuses to make excuses and will not allow his players to either.

Brown, with a bye week to plan, will also likely unleash several changes to the offense, which has struggled mightily through 7 games.  “I realize we haven’t played well offensively. I’m not blind to it,” Brown said. “But there’s a lot of hope on that side of the ball.”

Baylor, sitting on top of the conference at 7-0 and with big conference games on the horizon against TCU, Oklahoma and Texas, a game against West Virginia is a very easy game for the Bears to simply overlook.

West Virginia is a team capable of beating a really good team if the team isn’t truly ready, if they take the Mountaineers lightly, or – perhaps most alarming for Baylor – if it’s Halloween night when otherworldly, abnormal happenings always take place.