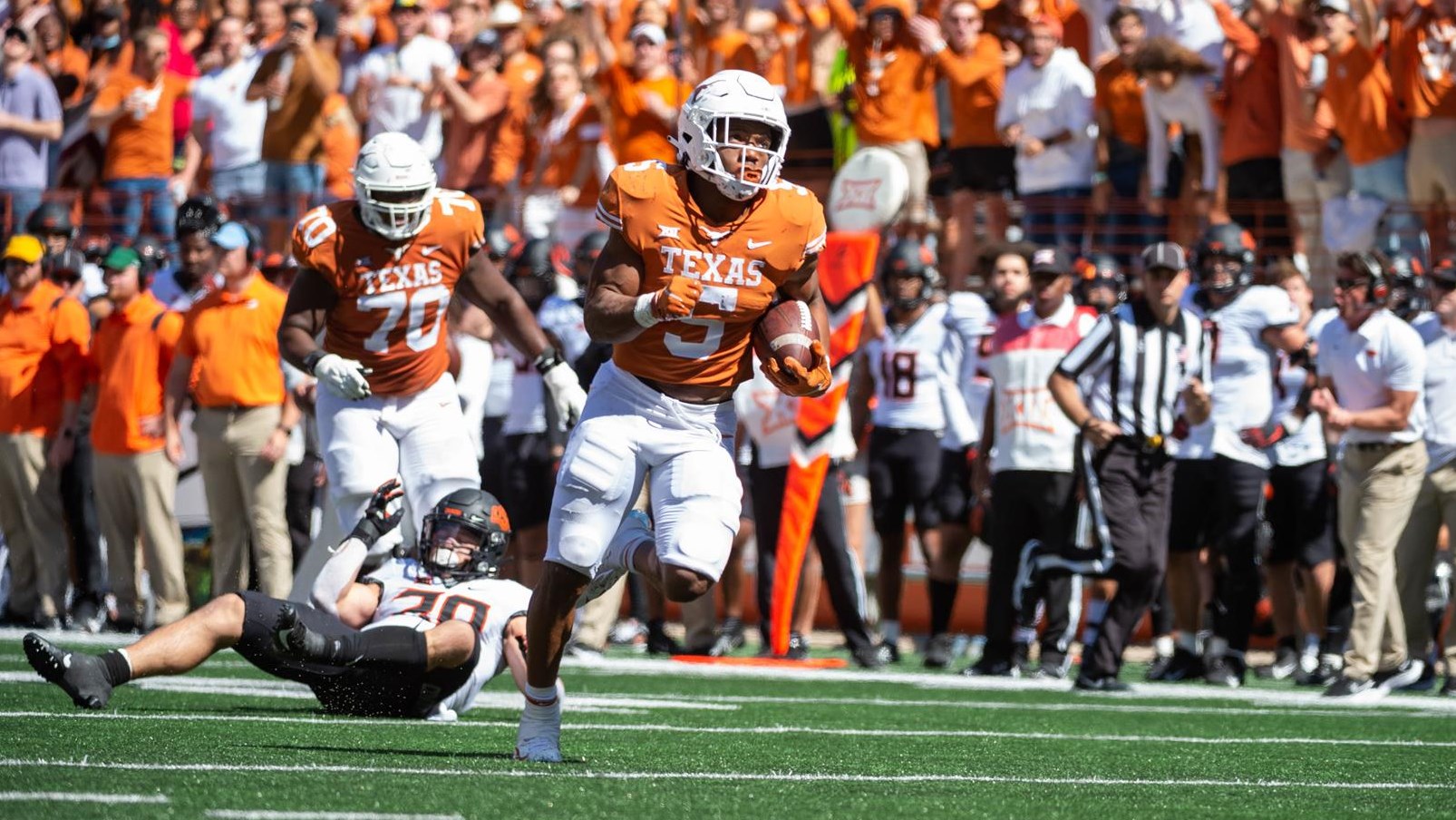 Texas Will Be Without Their Best Player on Saturday

Texas Will Be Without Their Best Player on Saturday

When the Texas Longhorns travel to Morgantown to take on the Mountaineers this weekend, they will be doing so without their best playmaker on offense.

Texas head coach Steve Sarkisian announced earlier today that running back Bijan Robinson will be out for the remainder of the season after dislocating his elbow on Saturday in the Longhorns’ 57-56 loss to Kansas in overtime.

Robinson, who is considered to be one of the best backs in the Big 12, finished the 2021 season with 195 carries for 1,127 yards and 11 touchdowns. He has also tallied 26 catches for 295 yards and 4 receiving touchdowns.

The Mountaineers and Longhorns kickoff at noon on Saturday. The game will be televised on ESPN2.