Texas Tech, Louisville and Colorado Have Their Eye on Dana Holgorsen 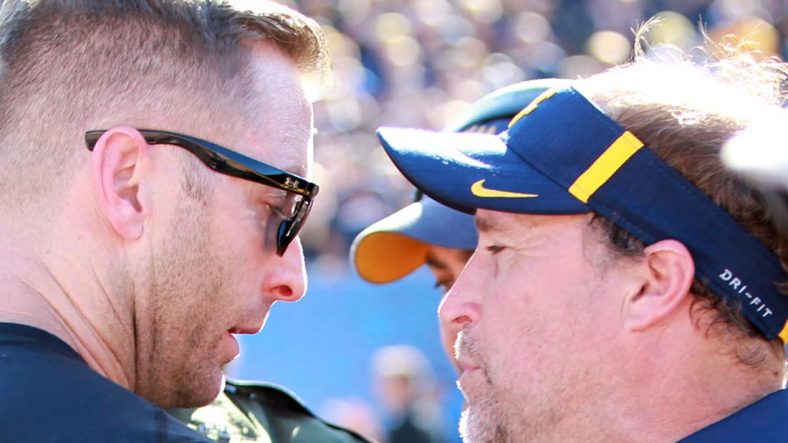 It has not been confirmed whether or not Holgorsen has mutual interest in the job. It has also been reported that Colorado and Louisville have their eye on the Mountaineer head coach.

Have confirmed with a source that Texas Tech also is interested in bringing WVU coach Dana Holgorsen back to Lubbock. Think Tech folks wanted to keep this quiet, but it's out there already, and the interest is real.

The Red Raiders lost to Baylor on Saturday by a final score of 35-24. This sealed their third straight losing season. On Sunday the school made the firing official. Texas Tech athletic director Kirby Hocutt said Kingsbury “worked very hard and represented us in a first-class manner.”

During his six seasons at Texas Tech, Kingsbury went 35-40 overall and 19-35 in conference play. Dana Holgorsen was an assistant at Tech from 2000-2007, with three seasons as co-offensive coordinator. His Mountaineers have a five-game win streak over the Red Raiders.

A report from the Lubbock Avalanche-Journal states that Hocutt has Dana Holgorsen on his short list, along with Utah State coach Matt Wells and Oregon defensive coordinator and former South Florida head coach Jim Leavitt.

Kingsbury was paid $3.7 million for the 2018 season while Holgorsen earned $3.6 million. The Mountaineer coach is signed through the 2021 season after signing an extension in December 2016.

Two sources have told me in the past few hours that Mike Leach, the Pirate of the South Plains-turned-Palouse is open to returning to #TexasTech, and a number of big-$ supporters will push for it. But does Kirby Hocutt want to go down that road? https://t.co/cGCAQVjdQj

When the Mountaineers ended the season on a two-game losing streak, they finished in fourth place in the conference. The likely bowl destinations include the Camping World Bowl in Orlando, the Texas Bowl in Houston or the Alamo Bowl in San Antonio.