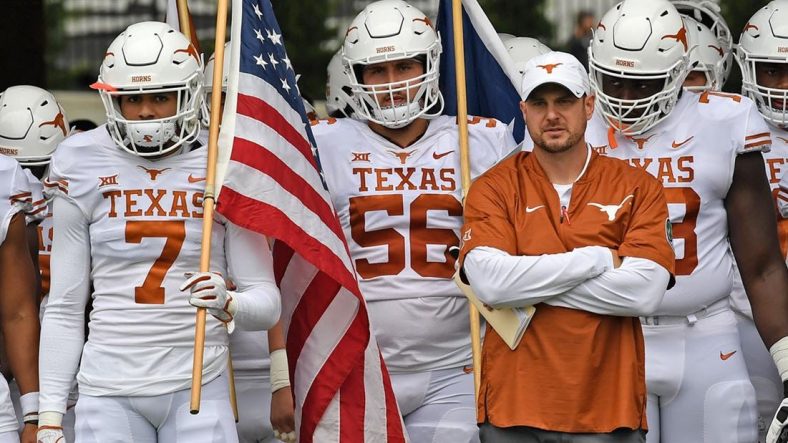 The Texas Longhorns will be without key starters for the October 5th game in Morgantown against the West Virginia Mountaineers, according to a report from Horns247.

Multiple sources confirmed that Junior  defensive back Josh Thompson has a broken foot and was required to have surgery yesterday.  Thompson will likely miss 8-10 weeks with the injury.  Thompson was injured in the Longhorns’ last game against the Oklahoma State Cowboys and his season may now be over.

Horns247 also reported that Jalen Green, a Sophomore Cornerback, will miss approximately a month with a dislocated right shoulder, which he also suffered against Oklahoma State.

In addition to losing the two starters in Thompson and Green, Texas will also be without Caden Sterns, a Sophomore Safety who suffered a sprain to his “tib fib ligament” and will be out for four weeks.

Potentially overlooked on Saturday: Texas Longhorns injuries in the secondary. May have lost a few guys for the year, a lot of guys ailing. Also hurts special teams depth. Something to monitor #longhorns #HookEm

In short, the Texas defense, which currently ranks 110th in the country and gives up 314.5 passing yards per game in its first four games, will get dramatically more weak by losing three key starters to injuries.

This of course will bode well for Austin Kendall and his young receiving core, who have also struggled to gel early in the season.