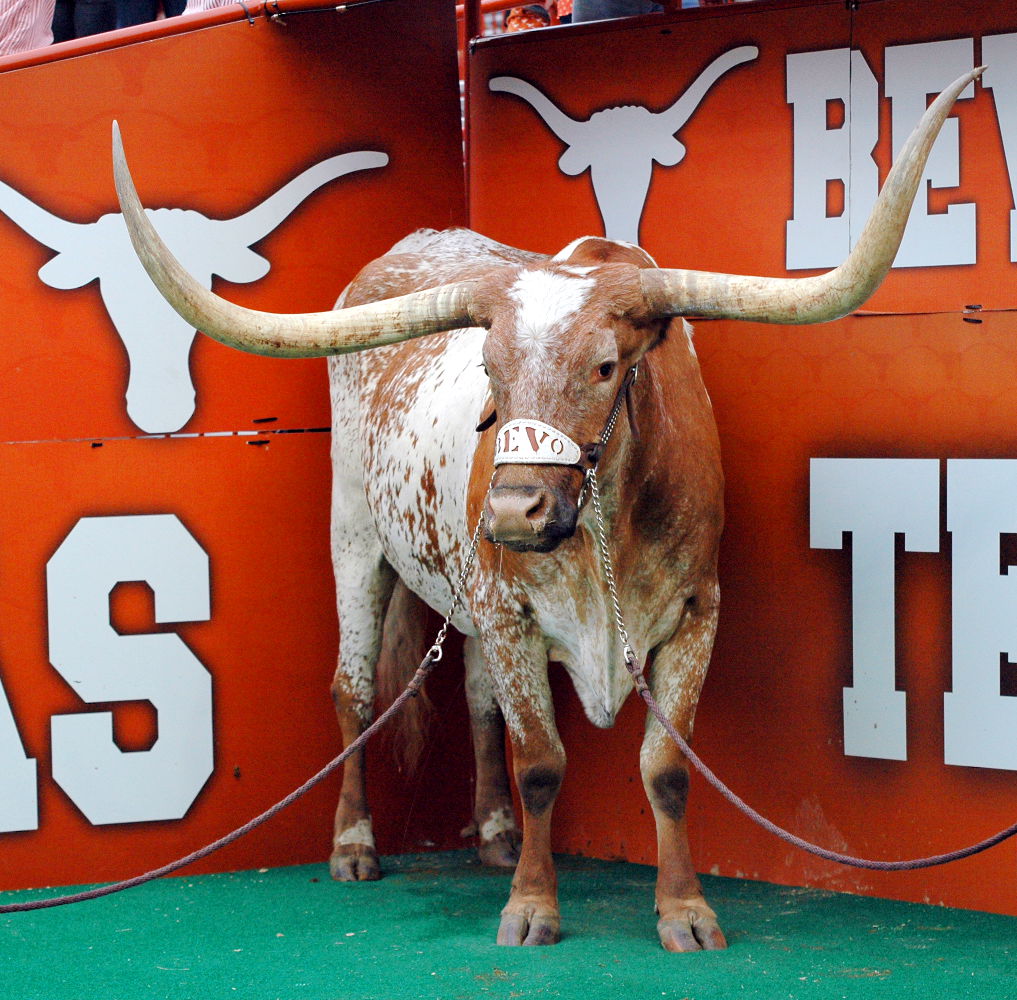 It’s Texas, If You Haven’t Heard

It’s Texas, If You Haven’t Heard

The Mountaineers are hungry for some Texas steak! Marinated with sacks and cooked up just right with lots of touchdowns.
Check it out:

If you haven’t heard, the Texas Longhorns are coming to town to play the West Virginia Mountaineers at Milan Puskar Stadium this Saturday.

Texas. Not North Texas. Not Texas State or Texas Southern.

When I used to play backyard football with my buddies as a kid in the late 1970s, I would sometimes stuff towels underneath my thigh pads so that I could try and have thighs just like Earl Campbell’s.

Who didn’t want to have thighs like Earl Campbell if you were a football player?

Or, if I was lined up at wide receiver playing two-hand touch out in the street, I would sometimes imagine myself being Johnny “Lam” Jones streaking down the road, leaping over the sidewalk to make an acrobatic catch before plunging into the yard – just the way Lam Jones used to do it on TV against Oklahoma.

That’s the Texas I remember.