Texas Hasn’t Been a Powerhouse Program in a Long, Long Time 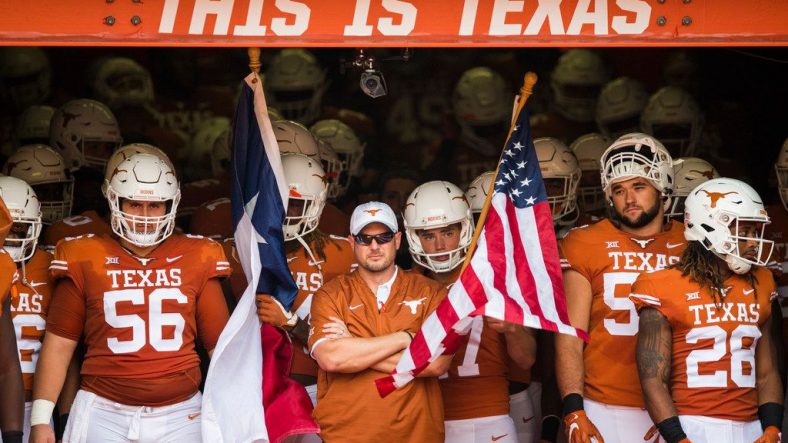 From the years 1998 through 2009, Texas Longhorns football was unbelievably successful.   Their 128-27 record during that time span falls short of being a dynasty because they only won one national championship (2005), but they certainly qualify as dominating their competition during this decade.

Since then, the Longhorns have gone a dreadful 66-53 from 2010 to the present day.  This wouldn’t be terrible for a team without all of the resources, donor money and prestige on their side, but a 66-53 record is unacceptable at Texas.  West Virginia, who is 73-46 during the same time period and has nowhere near the same resources, would find a 66-53 record appalling.

Following the Texas 28-21 win over #5 ranked Georgia in the Allstate last season, starting quarterback Sam Ehlinger declared, “Longhorn Nation, we’re baaaaaaaaack!”  Ehlinger obviously thinks that one good season in a decade equates to a team being “back.”  Head Coach Tom Herman was less enthused about Texas “being back”, saying “I’ll never know what that means, ‘Is Texas back?  It could mean a lot of different things. And so I’ll never comment on that. I know we’re headed in the right direction. I don’t ever want to give any kind of finality to where we’re at because we are always making progress.”

If there is a more unlikable figure in college football than Tom Herman, it’s Sam Ehlinger.  He’s brash, he’s arrogant and he’s not particularly skilled enough to back it up on the field.  Ehlinger, having been humiliated at home by the Mountaineers last season, will be looking for revenge in Morgantown on Saturday.

According to Herman, “I do know our guys file certain things away.  Sam loves to play with a chip on his shoulder, and I’m sure he’ll use this to crank it up a notch.”  What Ehlinger lacks in skill, he makes up for in pseudo confidence and bravado.

Ehlinger’s idea that Texas is “back” or a powerhouse team in college football is absurd.  West Virginia’s record has been better against virtually the same competition and almost no West Virginia fans are completely satisfied with the past decade under former coach Dana Holgorsen.  In fact, this past decade has been relatively disappointing for West Virginia, who had a better record and a lot less expectations than Texas.