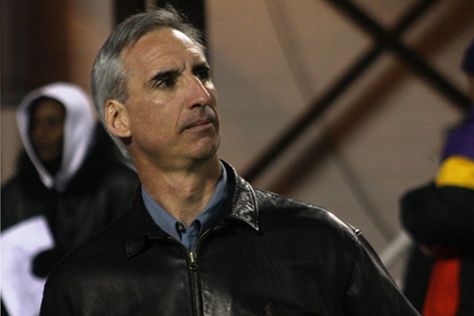 It’s always been speculated that Oliver Luck would eventually move on. Will this be his next project? Or would he wait for something bigger like Big 12 or NFL Commissioner?
Check it out:

Longtime Texas Athletic Director DeLoss Dodds will step down in August 2014 and move into a consulting role at the nation’s wealthiest college athletic program and West Virginia University Athletic Director Oliver Luck is reportedly a top candidate for the vacancy.

The school is expected to make a formal announcement on Dodds today, according to the person who spoke condition of anonymity because they did not want to pre-empt a statement from university officials.

The Austin American-Statesman first reported Dodds’ decision and a source told them that Luck, a graduate of the Texas Law School, would be a candidate “to keep an eye on.”

Dodds could not immediately be reached for comment. Dodds vigorously denied a report earlier this month that he was stepping down on Dec. 31. Under the retirement plan to be announced Tuesday, Dodds will remain on the job through Aug. 31, 2014 and move into a consulting role through 2015.