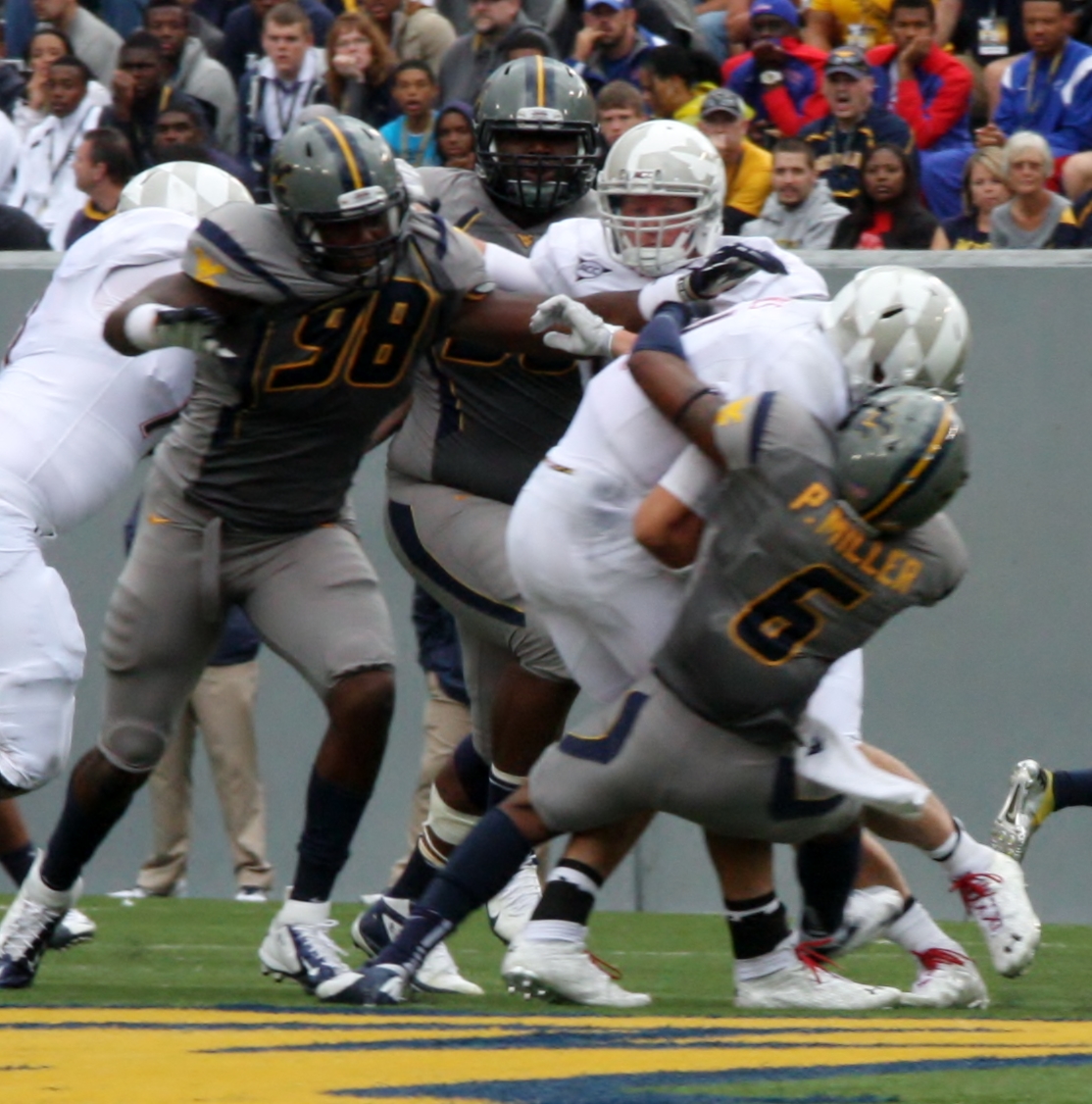 Containing the Terrapins will build confidence for future victories.
Check it out:

The Mountaineer defense has had a great season to date, but has lacked a true test.

The first test comes this week against non- conference rival Maryland. In three games this season, the Terrapins offense, lead by senior quarterback CJ Brown, has put up 1,664 yards of offense and 122 points. What is most impressive about the statistics is the balance, as 787 yards have come on the ground and 877 through the air. In order for the Mountaineers to shut down the Maryland offense, defensive coordinator Keith Patterson says you have to take the run or pass away.

“They are very balanced,” said Patterson. “In order to be successful, you have to make them one dimensional.”

West Virginia will face another dual threat quarterback this week in CJ Brown. Having faced

Oklahoma in week two, the Mountaineers had an opportunity to play a mobile quarterback in Trevor Knight. Coach Patterson says they are similar, but also notes Brown is on another level.

“They are a pretty good comparison,” said Patterson. “Brown is mature though, and that’s where he begins to have an edge.”

The Terrapins also have incredible talent at wide receiver, led by Stefon Diggs. The sophomore receiver leads the team with 16 receptions for 387 yards and 3 touchdowns. Diggs has been quoted by West Virginia Head Coach Dana Holgorsen as being, “like Tavon Austin.”