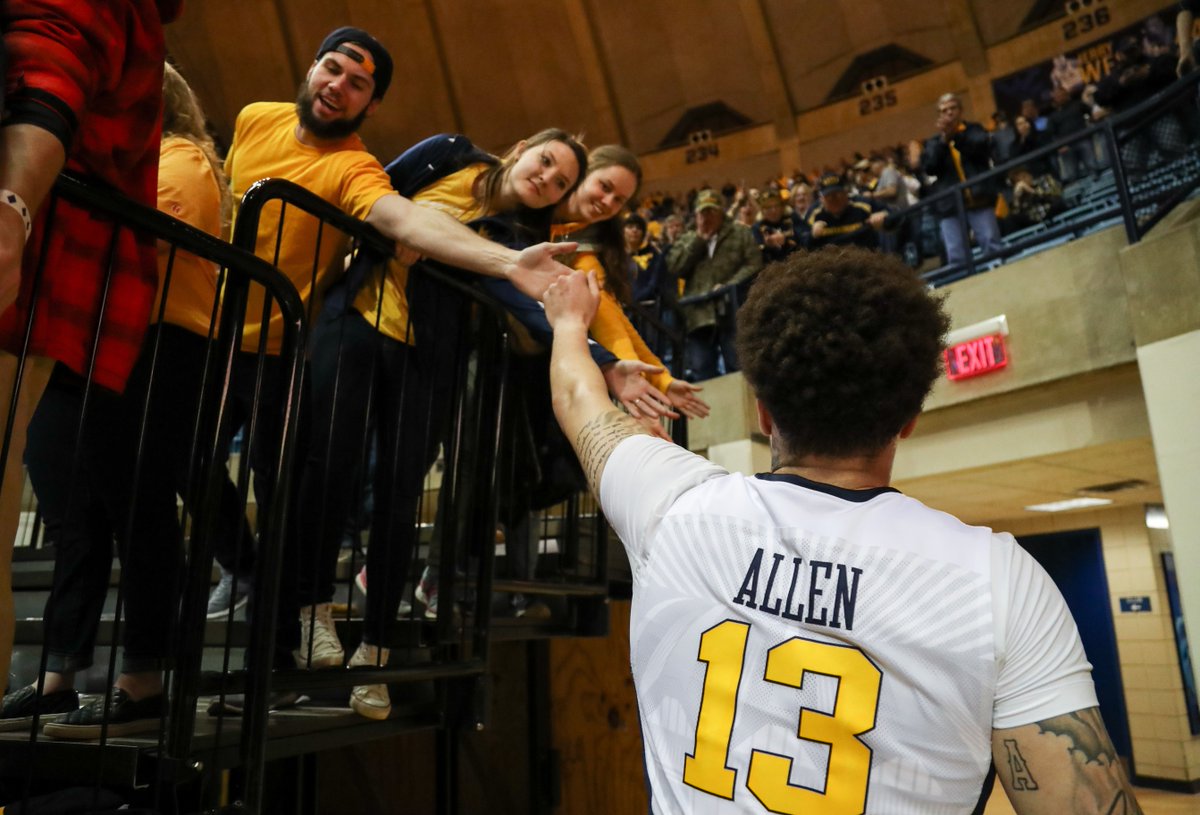 The Mountaineers were on a three-game losing streak and also had lost five of their last six. Calling it a “must win” was a bit of a stretch, but it was getting very close to that point. With a Big Monday road game in Norman, a loss would have put West Virginia in a spot where a drop under .500 in conference play looked very likely.

West Virginia got that win they needed. And then some. The Mountaineers completely crushed the Kansas State Wildcats by a final score of 89-51 at the WVU Coliseum. They set a team record for largest margin of victory in a Big 12 game. With the win West Virginia improved to 17-6 overall and 6-4 in the Big 12.

West Virginia is just one game back of first place Kansas and Texas Tech. Better yet, the Mountaineers have one game left against each of these teams. A home game against Texas Tech and a game against Kansas at the Phog, which has been a very winnable place this season.

Teddy Allen has re-emerged in the Mountaineer rotation. He knows his team is right back in the thick of it. Here is what Teddy Buckets had to say, per Metro News:

The aftermath became sweeter for the Mountaineers upon hearing that Big 12 leader Kansas had lost at home to Oklahoma State.

“What are we, one game back?,” Allen asked rhetorically. “For all our stuff, losing five out of six, we’re still right there.”

The Mountaineers can thank Oklahoma State for being just a game back in the standings. The Cowboys pulled off a massive win at Allen Fieldhouse on Saturday over the Jayhawks.

It looked like a familiar story was developing. Kansas was running away with another conference title. But their loss to Oklahoma changes things.

The Big Monday game against Oklahoma looms large. Bob Huggins will have the boys ready to try to take down ESPN poster boy Trae Young for a second time this season. There is a lot at stake as the two teams are tied for third in the conference standings.