Teach Me How to Doege 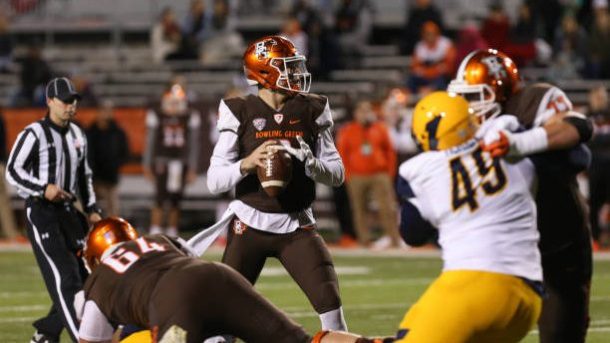 It was announced on Tuesday by coach Neal Brown that Jack Allison will not be at WVU next season. With Allison set to graduate in December, he can play immediately wherever decides to go.

While Allison did not have many great moments at WVU, he did have one of the most .gif-able moments in recent Mountaineer history:

Jack Allison to the transfer portal ?Let’s not forget his contribution to the program with this all-time gif. pic.twitter.com/xOfif5hqyq

With Allison gone that opens up a spot to become Austin Kendall’s backup. It will be Jarret Doege and Trey Lowe fighting it out.

Mountaineer coaches are playing coy, but it is pretty apparent they are saving Doege for a reason.

Many Mountaineer pundits are fully counting on seeing Doege on the field Saturday against the Red Raiders.

Neal Brown doesn't come right out and say it, but I'd definitely expect to see Jarret Doege on Saturday.

Doege could start all of WVU’s remaining games and still be eligible in 2020. He was very productive on Bowling Green despite being behind one of the worst offensive lines in the country.

Doege just so happens to hail from Lubbock, Texas, home of the Texas Tech Raiders who just so happen to be visiting Mountaineer Field on Saturday.

Coach Brown seems like he really has the itch to get Lowe and Doege on the field Saturday. Will it happen or will there be another day of trotting Austin Kendall out onto the field repeatedly?

Teach me how to Doege.