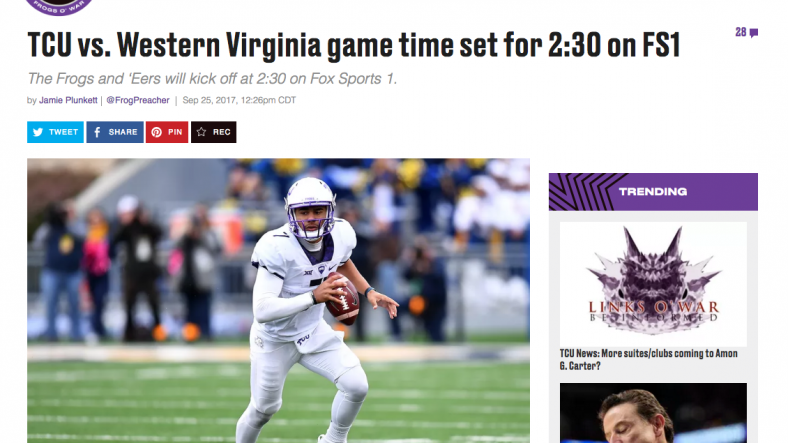 One quick way to make a West Virginian angry is by referring to their home state as “Western Virginia.” Well, SB Nation TCU blog Frogs O’ War did just that.

When the headline first appeared it looked like nothing more than a little harmless trolling from TCU. After looking a little deeper and doing some investigating it seems that they do not know the name of our great state. 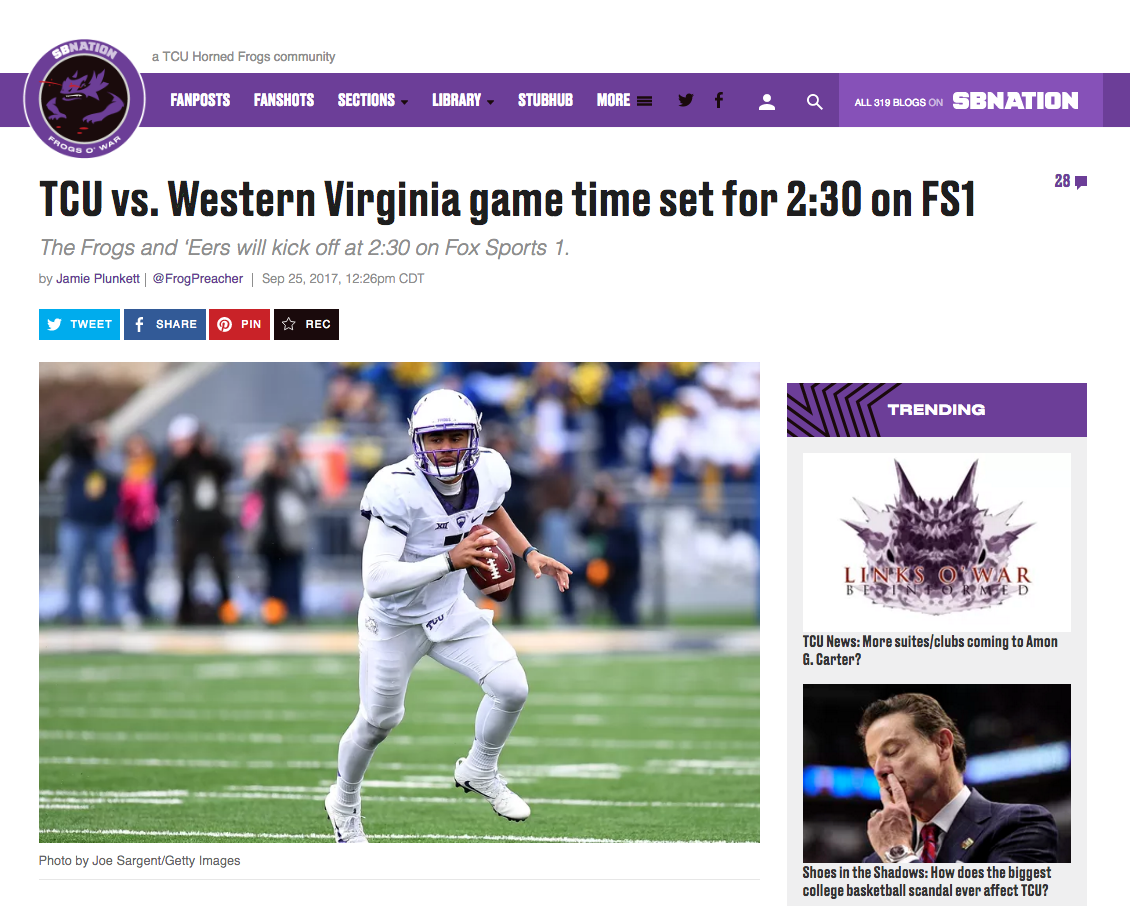 As you can see they even referred to the team as “Western Virginia” in the first paragraph of the article.

There was a Twitter post with an official graphic showcasing the kickoff time and that FS1 will be broadcasting the game, but no mention of Western Virginia in that one.

Upon further investigation, a comment by an SB nation editor reveals that she actually did not know West Virginia is the name of the state. Incredible!

On one hand at least she showed up in the comments section to take her lumps. On the other hand, holy crap how did she not know that?

Surely you’ve vacationed in the South and told someone you are from West Virginia and someone made a reply like, “Well you’re not very tan for living near the beach.” Nevermind the fact that even if WV was a part of VA, they would not be near the beach since they would be the western part of VA. Or another favorite. “You near Richmond?”

Whether they know West Virginia is a state or not, the Mountaineers will be invading Fort Worth on October 7th at 3:30 PM EST to take on the Horned Frogs.