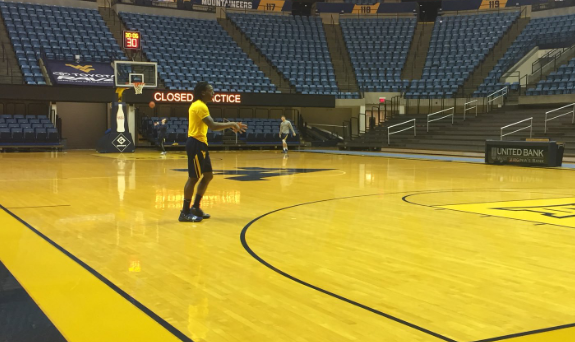 Taevon Horton, a walk-on for the WVU men’s basketball team, has entered the transfer portal and will not return to the program next season, according to a report from BlueGoldNews.com.

As a true freshman, the Fairmont Senior graduate saw action in 11 games for the Mountaineers and scored 10 points total.

On The Bob Huggins Show, @CoachHuggs announced he plans to start a walk-on vs. Texas.

Huggins has questioned his team’s commitment recently, but said Fairmont native Taevon Horton has been “the only guy in the gym before practice.” He hopes to send a message to other players: pic.twitter.com/BNpNZADcys

With the recent influx of talent it’s very likely Horton is hoping to go somewhere he can get more playing time.