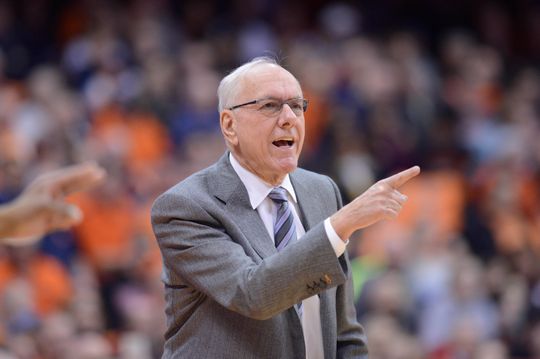 51-year-old Jorge Jimenez was outside of his car on Interstate 690 after he was involved in an accident unrelated to Boeheim due to the weather. Jimenez was a passenger in a car that hit the guardrail and then stopped in the middle of the highway. The occupants of this car exited the vehicle at this time.

Syracuse's Jim Boeheim reportedly struck and killed a man walking on highway after the Orange's game against Louisville Wednesday night.

While attempting to avoid the vehicle stopped in the road, Boeheim hit Jimenez. Police were immediately called to the scene.

Both Boeheim and the driver of the other vehicle took sobriety tests and they came back negative, according to a statement from the police. Police stated that speeds were unable to be determined, but Onondaga County District Attorney Bill Fitzpatrick said Boeheim was traveling at the proper speed.

“It’s just a terrible, unfortunate accident,” Fitzpatrick said to ESPN. “We don’t yet know [exactly] what caused the initial accident. Coach Boeheim was not involved in that accident. The occupants of the vehicle, including the deceased, were wandering in the road.”

Earlier in the night Boeheim had coached Syracuse to a 69-49 victory over No. 18 Louisville at the Carrier Dome. After the game he had dinner with his wife and friends and was just now returning home at 11 p.m. when the incident happened.

“We are saddened by the death of a member of our Central New York community. On behalf of Chancellor Kent Syverud and the entire Syracuse University community, we extend our deepest condolences to all impacted by this tragic accident. Coach Boeheim is in contact with local authorities and cooperating fully. Out of respect for those grieving, there will be no further comment at this time. “

There have been no citations issued as a result of the incident, but according to police the investigation is ongoing.