Students Are Not the Problem 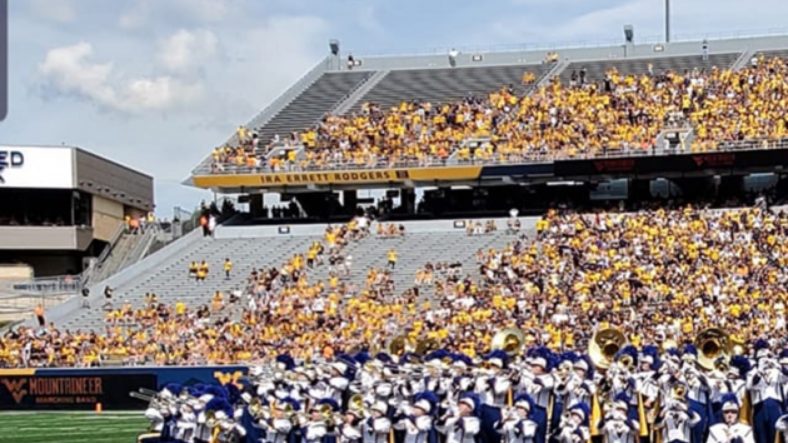 One of the most memorable sights from West Virginia’s season opener against James Madison University was the student section mostly empty in the 3rd quarter of a 10-10 tied game.

A common observation from WVU fans following the game went something like this:  “Students failed as fans.  All of these empty seats are embarrassing.  The university should take away students’ free tickets if they can’t stay the whole game.”

To begin, students are not given free tickets.  Students pay athletic fees in their tuition which covers the cost of the tickets to sporting events.  Second, the only thing that is going to make students want to stay for the whole game even less is to hear a bunch of old people complaining about it.

Many of us may not remember what it was like to be in college because it was so many years ago, but college students are only concerned about self gratification and self glorification.  The very people that are supposed to be academic scholars working to obtain skills that better prepare them for the future have heads full of mush.  Have you spoken to a typical college student lately?

Trying to rationalize with sex-crazed, booze-filled college students is as productive as arguing with a brick wall.  Students just want to party and get trashed and take pictures of it to post on their Instagram accounts.  Why would students stay in the heat on the hard seats in a stadium with the bad WiFi when they could go get drunk somewhere?

Remember, students are what these games are all about and when students are at their best, they are the very best part of a West Virginia crowd by far.  At their worst, they are a minor frustration.  The Mountaineer Maniacs, for example, literally change games.  The student section at the Coliseum for basketball games are among the very best, most intimidating in the country.

Students will be students and we need to be adults about it.  We’re all fans of the Mountaineers!