Still No Extension for Randy Mazey 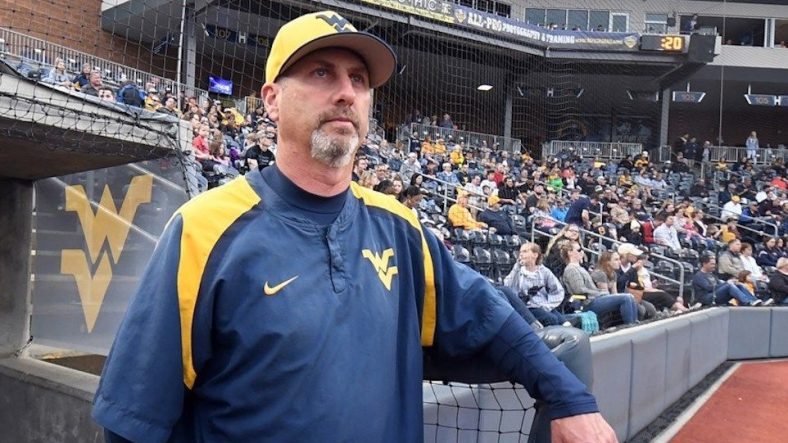 What Randy Mazey has been able to do with the West Virginia Baseball team has been nothing short of amazing.  Before WVU joined the Big 12 Conference, the baseball program was nearly dead.  Mazey has resurrected the program and has led the Mountaineers to unprecedented success and excitement surrounding the program.

How has he been rewarded by the university for his efforts?  Mazey currently has an incentive-laden contract that pays him approximately $385,000 a year before incentives, which puts him at the very the bottom of the Big 12 Conference.

According to the DA Online, the incentives include:

If West Virginia University loves their coach and wants to keep him, they will pay him.  Bob Huggins is in the top ten in the country in salary for college basketball coaches.  Ninth, actually.  As one of the most accomplished coaches in the history of the sport, he certainly deserves his $3.75 million annual salary and $640,000 in max bonuses.

Neal Brown’s approximately 3.2 million per year salary is very much in line with others in the Big 12 and with his level of experience.  If he’s successful, when he’s successful, you better believe that West Virginia University will pay to keep him.

To compare, Florida’s Head Coach Kevin O’Sullivan, one of the highest paid coaches in country, earns $1.25 million per year and was given a $500,000 signing bonus back in 2016.

Finishing as the runner-up in the Big 12 Tournament, hosting a regional in the NCAA Tournament and bringing a level of excitement to the program that we’ve not seen before in Morgantown, Mazey is certainly due for a raise.

Randy Mazey will be a wanted man by other schools looking for someone to come in and turn their baseball programs around.  To ensure that West Virginia keeps the man that has turned their program around and is the right man to lead the baseball program into the next several years, a bold contract offer of $750,000 per year should be extended to him.  This is fair, reasonable, and likely more than enough to keep Mazey in Morgantown for the rest of his coaching career.