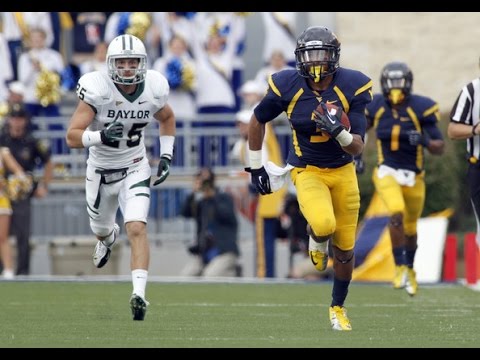 In an incredible turn of events, Stedman Bailey is set to participate in West Virginia’s pro day which will happen on March 29.

Bailey was shot in 2015. Just two months ago Bailey was cleared by doctors to make an incredible NFL comeback. At this point he made it known that he is looking to get back on the gridiron.

Looking for a comeback story to rally around? @PSchrags shares @iamSB3 incredible journey back to his NFL dreams in this week’s #Underappreciated pic.twitter.com/Nj7YWFZJas

Stedman Bailey made the announcement about participating in the West Virginia pro day on Twitter Tuesday night.

The former Mountaineer receiver had a couple of monster seasons for West Virginia before skipping his senior season to enter the NFL Draft. He was the Mountaineers’ leading receiver in 2012, with 114 receptions for 1,622 yards and 25 touchdowns. Numbers that Mountaineer receivers have been chasing and will continue to chase moving forward. This was the first year in the Big 12 for West Virginia. Before finishing 7-6 and losing to Syracuse in the Pinestrip Bowl, the Mountaineers made it to as high as No. 5 in the rankings.

The St. Louis Rams drafted Bailey in the 2013 draft. During three seasons with the Rams Bailey had 59 catches for 843 yards and two touchdowns and also had a punt return touchdown for 90 yards in 2014.

In a tragic turn of events Stedman Bailey was shot in the head twice in 2015. A vehicle pulled up to the car he was sitting in and fired bullets into the car.

This is a huge story and would be amazing if Bailey could pull this off. Just the fact that he is able to attend pro day is already a massive accomplishment. WVU fans will all be in the corner of this former Mountaineer.